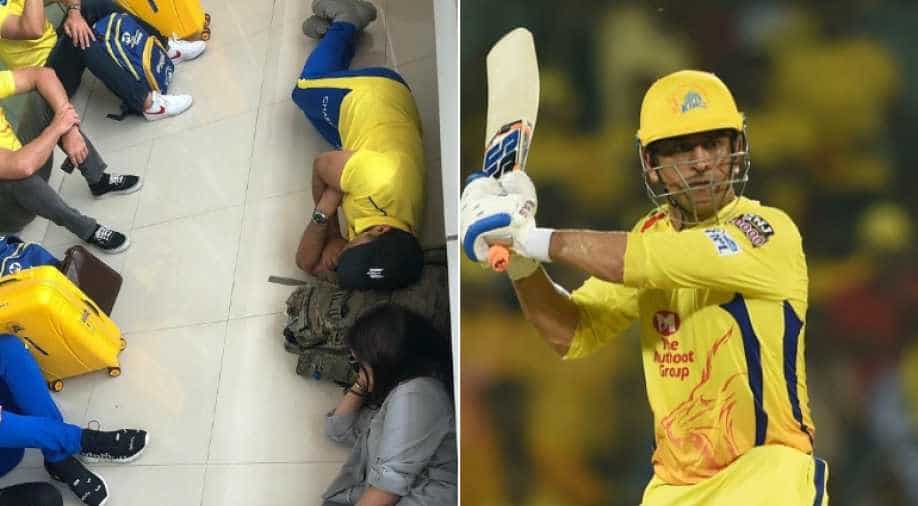 Amid Indian Premier League's tight schedule, Chennai's skipper Mahendra Singh Dhoni and his wife Sakhi Dhoni were found sleeping on the floor of an airport.

The Indian wicket-keeper batsman shared the picture with a witty caption on his official Instagram account and the image immediately went viral on social platforms.

Dhoni wrote, "After getting used to IPL timing this is what happens if u have a morning flight."

On Tuesday, Chennai maintained their unbeaten run at home with a seven-wicket thrashing of Kolkata at the Chidambaram Stadium.

After the win, Chennai are back at the top of the table with five victories from six games.

The matches being played in this year's edition of IPL are getting prolonged and the tournament is under heavy criticism for the duration of the matches.

Several cricketers have voiced their concern regarding the issue.

Slow over-rates has also hampered the tournament, as Ajinkya Rahane (skipper of Rajasthan) and Rohit Sharma (skipper of Mumbai) were fined for slow-over rates earlier in the league.