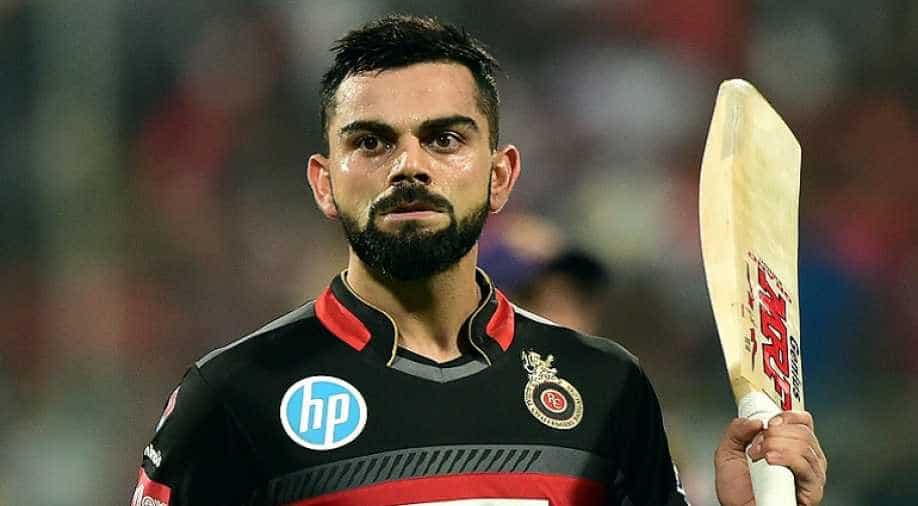 Virat Kohli played a skipper's knock to help his side set a target of 176 runs after loss of four wickets against Kolkata at the M.Chinnaswamy Stadium, Bengaluru on Sunday.

Kohli smashed an unbeaten 68 off 44 which included five fours and three sixes.

Openers Quinton de Kock and Brendon McCullum gave Bangalore a perfect start as the two build a partnership of 67 runs.

While de Kock contributed 29 runs, McCullum made 38 runs before giving away their wickets to Yadav and Russell.

Andre Russell bowled three overs and gave away 31 runs and took three wickets for his side.

Earlier, Kolkata's Dinesh Karthik won the toss and opted to field against Bangalore.

Speaking after toss, Karthik said, " We're bowling first. Looks a dry wicket, make best use of it initially. Let's see how it goes. Same team. Trust the same team, wish they bring the goods for us. Important we trust the people we play in the XI. Picked a bunch of players we believe in."

When asked Kohli about the strategy for today, he said, " Would have bowled first too, difficult ground to defend. Got to take up the challenge, toss is only in your control that much. Not bad toss to lose actually. Will stay similar throughout as DK mentioned. Hopefully it wears off and spinners get purchase."

"This ground has always been difficult to defend, we've done that to other teams too. Hats off to them (CSK). Our bowlers have put it behind them. AB is sick, Southee replaces him. Negi replaced by Vohra. M Ashwin comes in for Washington Sundar."

"AB has got a bit of a viral fever going. If he could, he would play with one leg and one hand. But he's taken the call himself, have to respect that, " Kohli concluded.