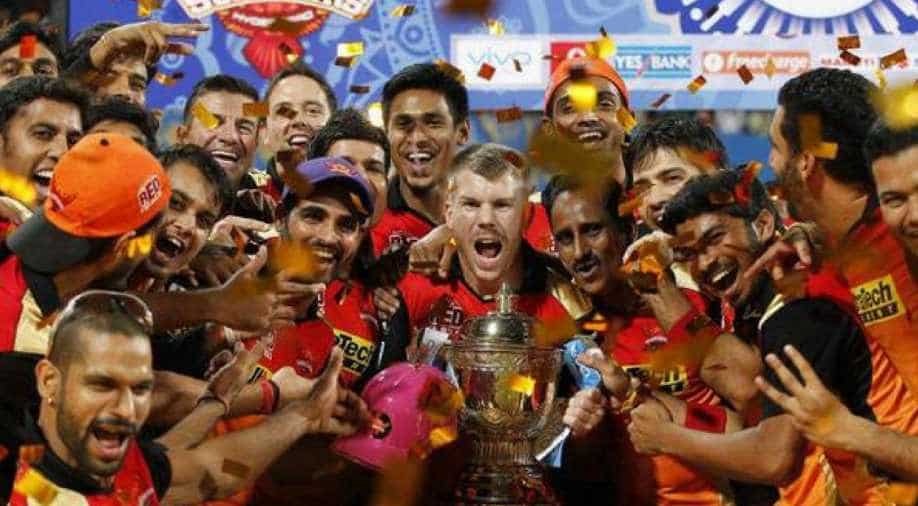 Sunrisers Hyderabad, popularly known as "The Orange Army," came into the existence in 2012 when they replaced former Hyderabad-based franchise Deccan Chargers after they were controversially terminated in the Indian Premier League.

The franchise is owned by Kalanithi Maran of  Sun TV channel Network and has Rajiv Gandhi International Cricket Stadium, Hyderabad, as its home ground.

They have a glorious record when they made it to the playoffs in the first season and claimed the IPL trophy in 2016.

Hyderabad always believed in having a power-pack bowling but it has been compromising with its batting side.

If we talk about this year's squad of Sunrisers Hyderabad, then again Hyderabad has decked-up talented bowlers as their "trump cards", who will be guided by Lankan legend, Muttiah Muralitharan as their bowling coach.

The spin department is quite strong as they the Orange Army has invested in Afghanistan's spin-star Rashid Khan who has a terrific record of 135 wickets in 91 T20s, averaging 15.14 at under 6 runs an over.

The in-form Ranji bowler Thangarasu Natarajan who played for Karnataka can also be a valuable wicket-taker. England bowler Chris Jordan might give a boost to the squad with his pace and swing.

Mehdi Hasan and Shakib Al Hasan of Bangladesh will provide variation in bowling, which is necessary for IPL that deals with injuries on regular basis due to a hectic schedule.

When it comes to batting, the top order is very aggressive as they have power hitter Shikhar Dhawan and Captain David Warner.

Apart from that, they have New Zealand skipper Kane Williamson, who will provide stability at the crucial No-3 position.

The middle order is quite settled with Manish Pandey, Carlos Brathwaite, Wriddhiman Saha and the experienced Shakib-Al-Hasan.

Yusuf Pathan (IPL career batting strike rate of 145.49) will add value to the team with his destructive batting.

The squad is well balanced and the bench is very strong but Hyderabad have invested quite a lot in Manish Pandey, in that place they could have opted for some another batsman.

Under the guidance of coach Tom Moody, VVS Laxman and leadership of David Warner, the Orange Army is a strong contender in IPL-XI.

Indian Premier League is undoubtedly one of the most entertaining forms of T20 format. Since its inception, many records have been set by players. Here's the list of seven players with the highest strike rates in IPL so far (WION)