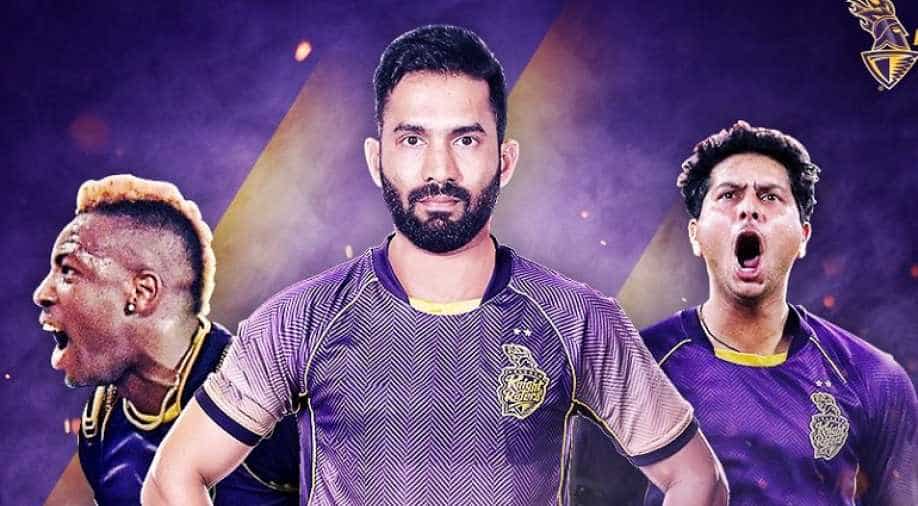 However, his splendid knock in recently concluded Nidahas Trophy, which took India to an impossible victory, has ended all the speculations being raised on his batting ability.

His brilliant cameo of 29 runs off just 8 balls stole all the limelight as he hit a last-ball six to power India to a four-wicket win.

But in IPL, it will be Karthik's consistency to score runs and cricketing experience which KKR will be counting on.

The two-time champions will be entering the upcoming edition with lightest squad of only 19 players making their way into the franchise.

Hence, it would be fascinating to see how KKR performs under Karthik's leadership.

During the IPL auctions, Kolkata invested a lot on young uncapped talent, with India U-19 stars Kamlesh Nagarkoti and Shivam Mavi making their way to the team.

Nagarkoti and Mavi impressed with their speeds in the ongoing U-19 World Cup and were bought by KKR for Rs 3.6 crore and Rs 3 crore respectively.

Apart from the two speedsters, KKR also bought U-19 top-order batsman Shubman Gill who scored three fifties in four matches at the U-19 World Cup.

The franchise spent Rs 1.8 crore to buy his services for the upcoming season.

However, the strength in the squad, once again, lies in the spin bowling department.

The franchise retained West Indies off-spinner Sunil Narine, who became one of the key figures in the Gambhir era. With an uncanny ability to take wickets in crucial moments, Narine is surely one player on which the team can reply on.

After Narine, KKR also retained Piyush Chawla and Kuldeep Yadav via Right-to-Match which will further add to their spin bowling arsenal.

Another smart buy of KKR was batsman Chris Lynn. The Australian explosive was bought for Rs 9.6 crore and he can be a one-man army for the side.

Meanwhile, the one gap which KKR failed to fill is of having any leadership figure in the squad. After Gambhir’s departure, KKR should have looked for a player who can help the side get stability during crucial stages.

Dinesh Karthik current form is a positive development for the side but it will be interesting to see him perform the role of captain.

Another loose area in the team is of having only 19 players in the squad, and with a long tournament in hand, a weak bench strength might cause troubles for them.

Even if one or two players pick up an injury, the side will find it hard to find replacements in the bench.

But overall, the side is strong on spin

Born in Barbados, he has to complete seven-year residency period to debut for England cricket team (WION,Twitter)