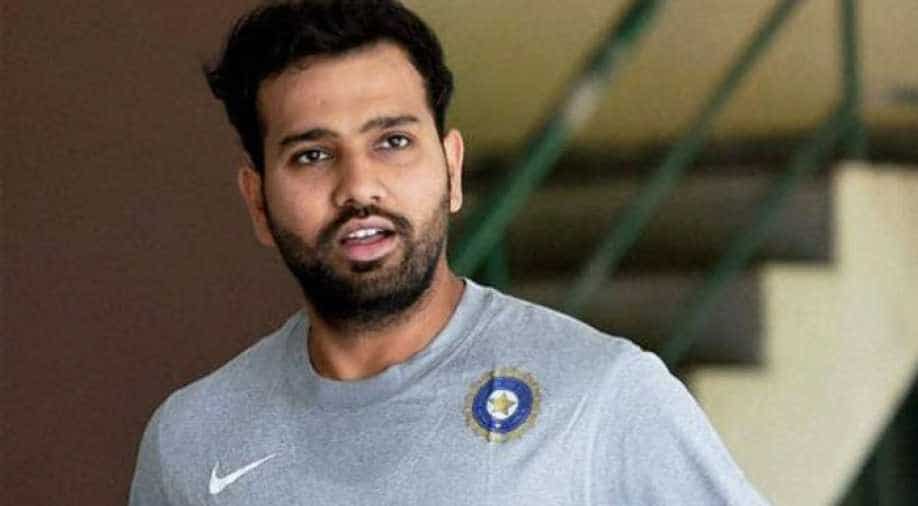 Mumbai Indians skipper Rohit Sharma seemed a bit upset with his Indian Premier League (IPL) club after it asked their fans on Twitter to be prepared to welcome new faces in the team for the upcoming edition.

The right-handed batsman, who is an active Twitter user, quickly responded, asking the club why they didn’t inform him about this update.

To avoid any further miscommunication, Mumbai Indians club pleaded their skipper to shift the conversation to private messages.

The club managed to take back their skipper into confidence as  Rohit replied to the previous conversation saying, he is fine with these new faces and it’s really cool.

Paltan, an exciting update is heading your way.

Prepare yourself to welcome new faces in our team. Stay tuned! #CricketMeriJaan

What do you mean by new faces? Why don’t you guys inform me?

Skipper, let us discuss this on DM.

I’ve checked my DMs. I am fine with these new faces and it’s really cool. But where are my bullets? pic.twitter.com/Dv783h8lzK

And what’s wrong with @hardikpandya7’S hair? Why is he on fire?

I am always on fire!!! Game On. Emotions On. #CricketMeriJaan pic.twitter.com/aKQNZgjSI0

@mipaltan, what about @JaspritBumrah93, @KieronPollard55 and the rest of the boys?

Later, it was revealed that Mumbai Indians released the cartoon images of all the players in the squad.

Rohit is seen standing with guns shooting bullets with both his hands, while all-rounder Hardik Pandya’s hair has been set on fire. Pollard has been portrayed as a superman.

Rohit trolled Pandya after the new faces were revealed. He asked on Twitter, “And what’s wrong with @hardikpandya7’S hair? Why is he on fire?”

Pandya who is known for his colourful hairstyle, had a fitting reply to Rohit’s tweets, “I am always on fire!!! Game On. Emotions On. #CricketMeriJaan”