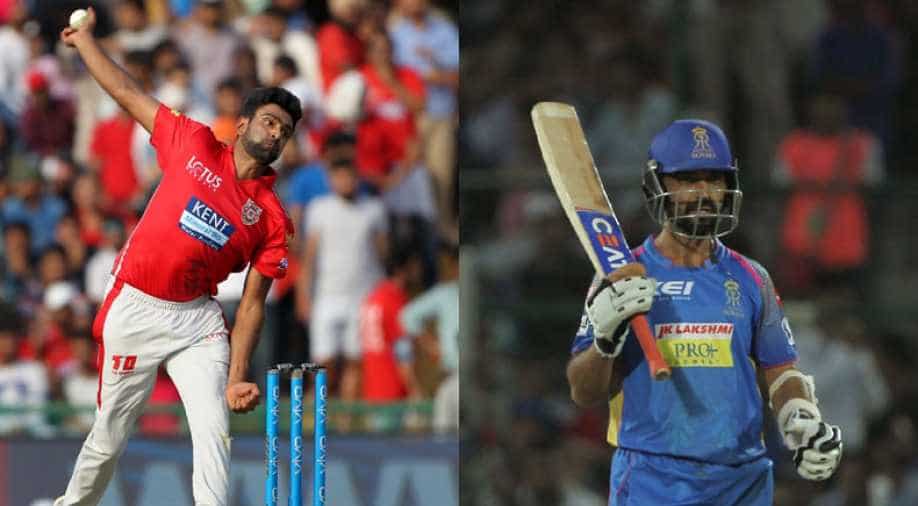 R Ashwin-led Punjab will look to get their campaign back on track after a couple of defeats when they lock horns with bottom-placed Rajasthan in the Indian Premier League today.

While Punjab are placed fourth in the table with five wins and three losses from eight appearances, Rajasthan are last with three victories and five defeats.

Like Punjab, Rajasthan too are coming off two straight defeats, but the red outfit is placed much better than its next opponents and is pretty much in with a chance to qualify for the playoffs.

Punjab would hope opening duo of Chris Gayle and KL Rahul get them off to a strong start again and on the other side, Jos Buttler would look to replicate his 18-ball fifty.

Even in their last encounter against Mumbai, Gayle slammed a 40-ball 50, laced with six boundaries and couple of sixes.

In-form opener Lokesh Rahul, who faultered in the game against Mumbai, has been in good form, amassing 292 runs from eight games.

The Punjab openers have been a major reason behind their success as the duo have handed a perfect start to their side on several occasions in this year's edition.

Karun Nair has also been impressive after 209 runs from seven innings but veteran Yuvraj Singh, Aaron Finch and Mayank Agarwal are yet to make their presence felt in the middle-order.

The trio's poor form could be a cause of concern for the team management and this is high time for them to come out with their best.

In the bowling department, skipper Ravichandran Ashwin, along with medium-pacer Mohit Sharma add depth to the line-up.

For Rajasthan, Sanju Samson and Ajinkya Rahane have scored the bulk of the runs for the team.

In the bowling department, Jofra Archer's presence will be a key factor for the franchise going up against Punjab's top-heavy batting line-up.

Rajasthan will also be banking on their all-rounders like K Gowtham and Ben Stokes to deliver in their dual roles.