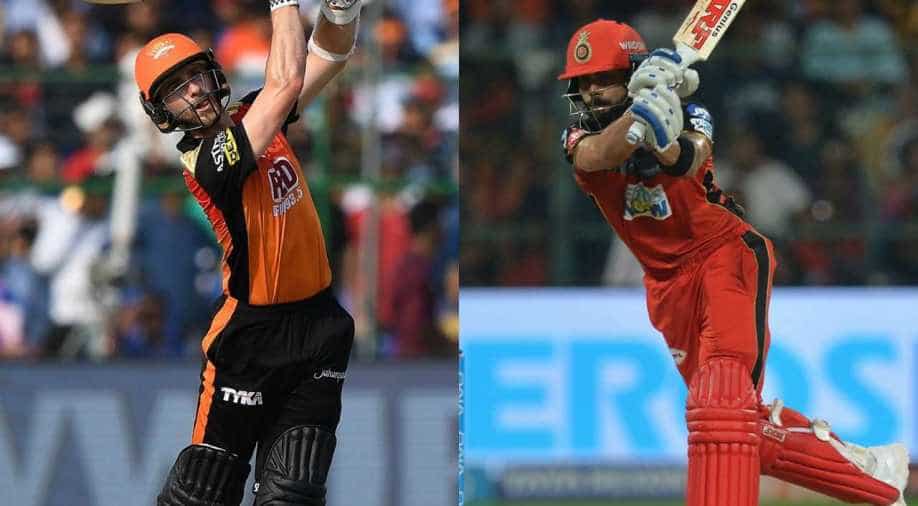 Table-toppers Hyderabad will host Virat Kohli-led Bangalore at the Rajiv Gandhi International Stadium today. While Kane-Williamson side won their last match against Delhi, Bangalore were defeated by MS Dhoni's Chennai by 6 wickets.

Bangalore currently sits at number six in the league table after winning just three out of nine games played.

Parthiv Patel, who played his first match in IPL 2018 against Chennai, smashed a half-century to prove his worth and calibre. He was also the highest run-scorer for the team as no other player, except Tim Southee, reached the two-digit mark.

Skipper Virat Kohli and AB de Villiers failed to perform in their previous game. Kohli was sent back to the pavilion by Ravindra Jadeja for just eight runs while de Villiers only one run.

The two players have to shed their poor form to bring the team back to the track.

In bowling, Yuzvendra Chahal and Umesh Yadav's performance becomes important for the team to survive. In their previous game against Chennai, Chahal was smashed three sixes in a row by MS Dhoni. He failed to take any wicket for the team. Yadav, on the other hand, took two wickets.

Hyderabad, on the other hand, are in terrific form. Currently sitting at top of the table, they have won seven out of nine games played so far.

Skipper Kane Williamson is the backbone of the team and has performed in every match for his side. In nine games he has scored 354 runs, which includes four half-centuries.

Opener Shikhar Dhawan too shed his poor form to score 33 runs off 30 balls against Delhi.

The team has found a new performer in Alex Hales as has also played some good strokes and made 90 runs in just two games.

The bowling department has been their strength since IPL 2018 commenced and is surely expected to do the same.

So overall its a do or die situation for Bangalore while Hyderabad will fight to consolidate their top position.