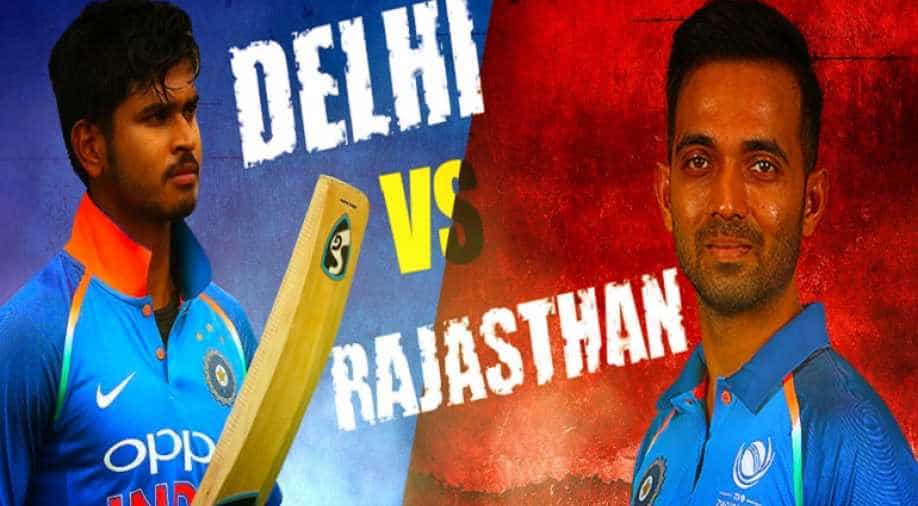 The bottom-placed Delhi are in desperate need of a victory to survive in this year's Indian Premier League (IPL).

The Shreyas Iyer-led side suffered a 13-run defeat at the hands of table-toppers Chennai.

They will face an inconsistent Rajasthan at the Feroz Shah Kotla ground, and the new skipper will be hoping to repeat the way Delhi performed against Kolkata to pick up the much-needed win.

Delhi have performed terrific with the bat in the previous two matches and will hope they can continue to do the same against Ajinkya Rahane-le side.

Captain Iyer and wicket-keeper Rishabh Pant have done the bulk of the scoring, amassing 306 and 257 runs respectively and the responsibility will be on them again to lead their team from the front.

Big guns Glenn Maxwell (126 runs in seven matches), Jason Roy (97 in three matches) and Colin Munro (63 runs in four matches) have not made significant contributions so far and Delhi would be hoping for them to start performing now.

Meanwhile, Rajasthan will also be looking to make a comeback after they suffered 11-run defeat at the hands of Hyderabad in a low-scoring affair.

Despite Rahane scoring a 65 and Sanju Samson hitting a 40, they didn't get support from other batsmen.

Rahane and Samson have been their best batsmen this season but out-of-form Ben Stokes and Jos Butler have not been able effective with the bat.

As of now, Delhi are placed at the bottom of the IPL 2018 points table while Rajasthan stand sixth.