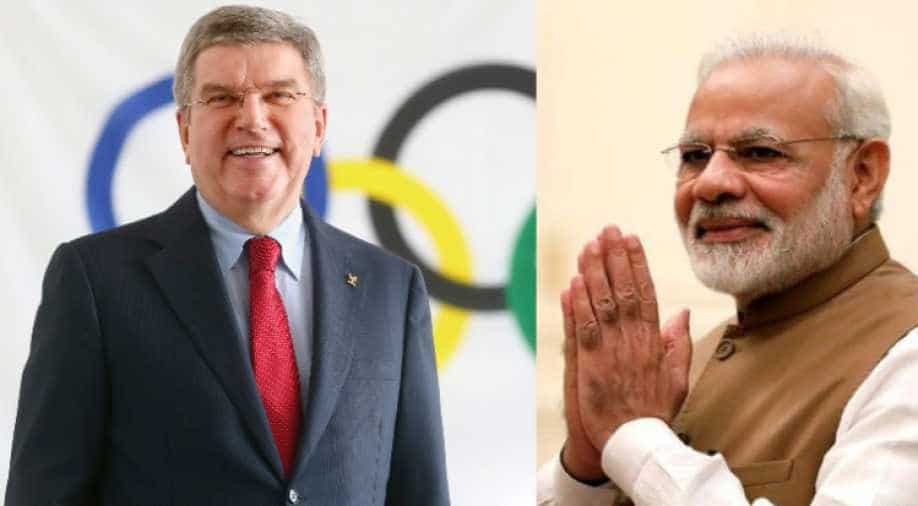 The president of International Olympic Committee (IOC), Thomas Bach has thanked Indian Prime Minister Narendra Modi for his immense support to the Tokyo Olympics, which was postponed to July 2021, due to the COVID-19 pandemic.

The president of International Olympic Committee (IOC), Thomas Bach has thanked Indian Prime Minister Narendra Modi for his immense support to the Tokyo Olympics, which was postponed to July 2021, due to the COVID-19 pandemic.

In a letter to PM Modi, dated April 1, Bach stated that he was grateful to the Indian Prime Minister for his support to the quadrennial Games during the recent G20 Leaders’ Summit, held via video conference. Bach thanked PM Modi for lauding the IOC for their contribution towards the containment of the COVID-19 virus.

"Please accept my sincere thanks for the support you have given to the Olympic Games Tokyo 2020, expressed in the Extraordinary G20 Leaders' Summit Statement, commending the International Olympic Committee for contributing to the containment of the COVID-19 virus," Bach wrote in his letter. "I am really grateful for your support for the Olympic Games and their unifying role, which the G20 Leaders' Summit had already expressed at your meeting last year in Osaka."

While the IOC was optimistic about conducting the Games as per schedule, the rapidly rising cases of COVID-19 worldwide left the organisers with no choice than to postpone the Games by a year.

Letter of appreciation from the President of International Olympic Committee to Hon'ble Prime Minister Shri @narendramodi ji for his commitment and contribution in containing COVID-19 and for promoting the cause of Olympics to make it a symbol of human resilience. pic.twitter.com/h724Sdzg9b

"Given the great work having been done by our Japanese partners and friends, Tokyo is the best-ever prepared Olympic city. Thanks to the excellent and trustful cooperation we are enjoying, like from the G20 Leaders' Summit, we are confident that these Olympic Games Tokyo 2020 will be a great success," Bach said.

"Like you, we are confident that the Olympic Games 2020 will be a symbol of human resilience. They will again show the unity of humanity in all our diversity by bringing together the world's best 11,000 athletes from all 206 National Olympic Committees and the IOC Refugee Olympic Team."

"As humankind currently finds itself in a dark tunnel, together with our Japanese partners and friends we want to make these Olympic Games a light at the end of this tunnel," he added.

The Tokyo Olympics 2020 will now open on July 23, 2021, with the closing ceremony scheduled to be held on August 8, 2021. The move to defer the Games by a year has been well received by the athletes and sporting federations who lauded IOC for taking care of athletes’ and everyone linked to the quadrennial event.