Hit list: What's next in line for possible coronavirus postponement 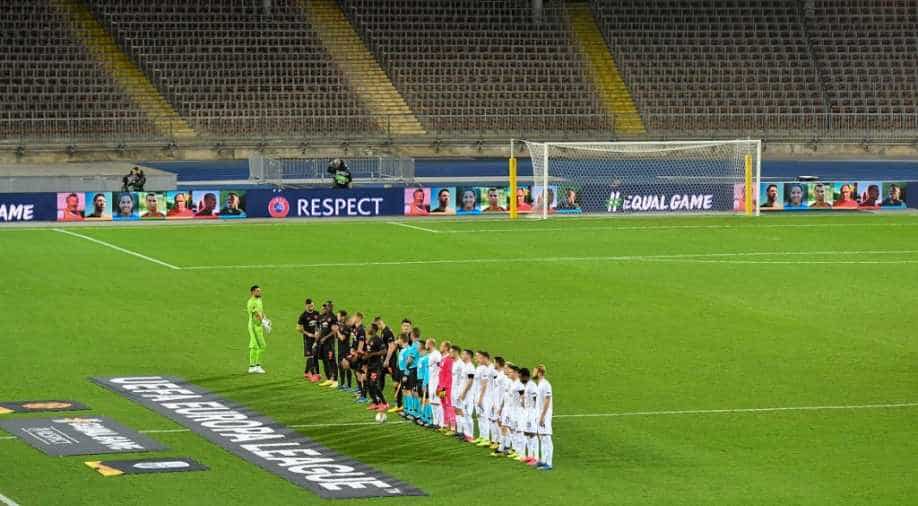 How the coronavirus has hit global sport Photograph:( AFP )

The coronavirus pandemic has decimated the 2020 sporting calendar, with the Tokyo Olympics and football's European Championship the biggest events to be postponed, while Wimbledon was cancelled for the first time since World War II.

The coronavirus pandemic has decimated the 2020 sporting calendar, with the Tokyo Olympics and football's European Championship the biggest events to be postponed, while Wimbledon was cancelled for the first time since World War II.

Here, AFP Sport takes a look at six of the upcoming major competitions which could also be scrapped or delayed due to the COVID-19 outbreak:

-- British racing is in shutdown mode until at least the end of April, placing doubt on Newmarket's Guineas weekend on May 2/3, and inevitably also the jewel in the British flat racing crown, the Epsom Derby.

The Blue Riband of the turf has been held every year since Diomed took the inaugural running in 1780. During the two World Wars it was moved to Newmarket.

Around 150,000 people descend on the Epsom Downs to watch Britain's richest race.

-- The earliest the Formula One season can get underway is in Montreal on June 14 after the opening eight races of the campaign were all either postponed or cancelled.

A decision on a potential delay will be made by Easter weekend (April 11-12), according to race organisers.

Formula One and Silverstone chiefs also said they have until the end of April to decide whether to postpone the British Grand Prix, scheduled for July 19.

F1 chairman Chase Carey said last month that he still expects the season to start in the summer with a revised calendar of "15-18 races".

-- British monarch Queen Elizabeth II has only missed attending two Epsom Derbies since her first visit as a princess in 1946. But she has never failed to attend her 'local' meeting since ascending the throne in 1952.

The five day festival draws a 300,000 crowd which consumes 56,000 bottles of champagne and 80,000 cups of tea while out on the track equine aristocrats joust for prize money in excess of £8 million ($10 million).

Ascot spokesman Nick Smith told The Daily Mail: "There are no certainties and we are one industry in a world of industries in exactly the same position. You can plan with optimism but no surety."

It has been staged every year since 1911. The 2005 meeting moved to York while the racecourse was closed for renovation.

-- The 120th US Open at Winged Foot is due to be the first men's major of the golf season after the postponements of both the Masters and the PGA Championship.

But American media reports earlier this week said that the tournament in Mamaroneck, New York, was likely to be put back until later in the summer.

The course was closed last week, since when the number of confirmed COVID-19 cases in the United States has passed 100,000, over 44,000 of them in New York state.

-- The Tour de France is still scheduled to start in Nice on June 27, despite France having extended its lockdown until April 15.

Sports minister Roxana Maracineanu on Wednesday said that the world's most prestigious cycling race, which usually draws more than 10 million fans to the roadsides, could take place with no spectators.

But she also admitted that all options, including cancellation, are being considered.

-- British media reported on Friday said that the British Open at Royal St George's could be postponed within days.

Over 200,000 spectators are due to attend the tournament in Sandwich.

A delay could have a knock-on effect on the rest of the golf calendar, with space at a premium after the postponements of the PGA and the Masters.

It is highly unlikely that the 149th Open could be held later than September due to the weather, but a delay until next year would impact plans to hold the 150th edition at St Andrews.