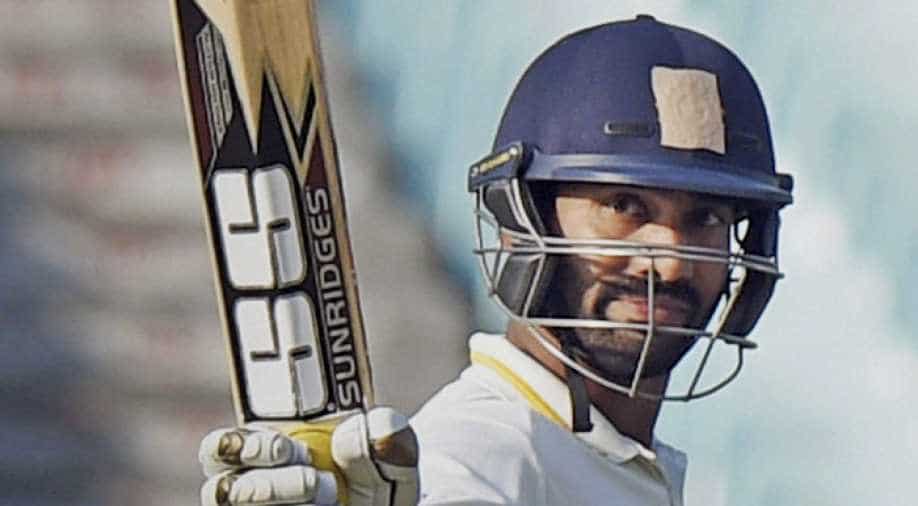 Karthik has played 23 Tests for India but his last five-day appearance for the team was back in 2010 against Bangladesh. Photograph:( Zee News Network )

The Board of Control for Cricket in India (BCCI) on Tuesday named Dinesh Karthik as a replacement for the wicketkeeper-batsman Wriddhiman Saha, who injured himself during a training session last week ahead of the second Test against South Africa.

Saha is also not part of the team playing the ongoing second Test due to the hamstring injury he suffered on January 11.

"The All-India Senior Selection Committee has named Dinesh Karthik as the replacement for Wriddhiman Saha for the third and final Test against South Africa. He is set to join the team before the third Test," said BCCI Acting Secretary Amitabh Choudhary.

The 32-year-old Karthik has played 23 Tests for India but his last five-day appearance for the team was back in 2010 against Bangladesh.

He has 51 catches and five stumpings to his credit.

Meanwhile, Saha broke former Test captain MS Dhoni's record of most dismissals by an Indian wicketkeeper in a single Test when he claimed 10 catches in the series opener in Cape Town.

However, he failed to make an impact with the bat registering a duck in the first innings and managing just 8 from the second as India lost by 72 runs.

The third and final Test of the series is scheduled to be held in Johannesburg from January 24.