INDvsAUS: Australia all out for 326, Kohli's stunning catch to dismiss Handscomb remains highlight 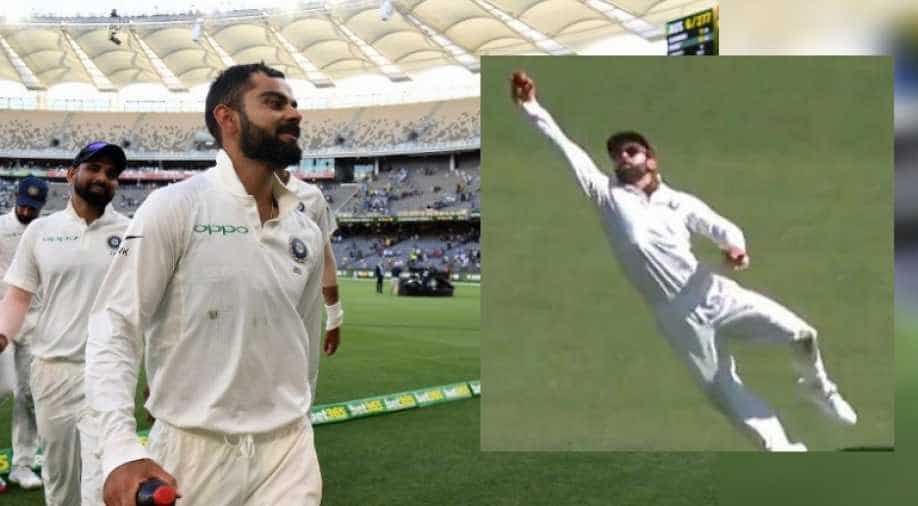 Australia were bowled out for 326 against India in their first innings before lunch on the second day of the second Test at Perth Stadium.

While the highlight remained Virat Kohli's stunning catch that he took to dismiss Peter Handscomb on the first day.

"It was meant to happen" - Have another look at THAT catch from Virat Kohli #AUSvIND pic.twitter.com/MZqybK5XwG

In the first innings, recalled spin-bowling all-rounder Hanuma Vihari and quick Ishant Sharma claimed two wickets apiece to get the tourists back into the contest after the Australians had won the toss and batted through the first session without losing a wicket.

Harris and Finch put together a 112-run opening partnership before India, playing four seamers with no specialist spinner, separated them when the pitch came roaring to life after lunch.

The Indian tactics of targeting Finch's pads were rewarded when quick Jasprit Bumrah trapped him lbw for 50 with a searing, full delivery in the midst of a probing spell.

Usman Khawaja, who made an excruciating five off 38 balls, was the second batsman to fall, rashly cutting Umesh Yadav in a desperate attempt to break the shackles after being tied down by the Indian bowlers.

Harris also departed before the second break to a rising delivery from Vihari, the opener steering the ball to first slip to end his 141-ball knock of 70.

Kohli ensured that India maintained the pressure after tea the spectacular catch off Sharma to dismiss Handscomb for seven as Australia crashed to 148-4.

On the second day, India fought back with four wickets in five overs to rein in team India for 326 in their first innings before lunch on the second day

The Test is the first at the ground after a 47-year run at the WACA and Australia will be keen to christen their new home by ending a run of six tests without a victory against an India side seeking a first series win Down Under.