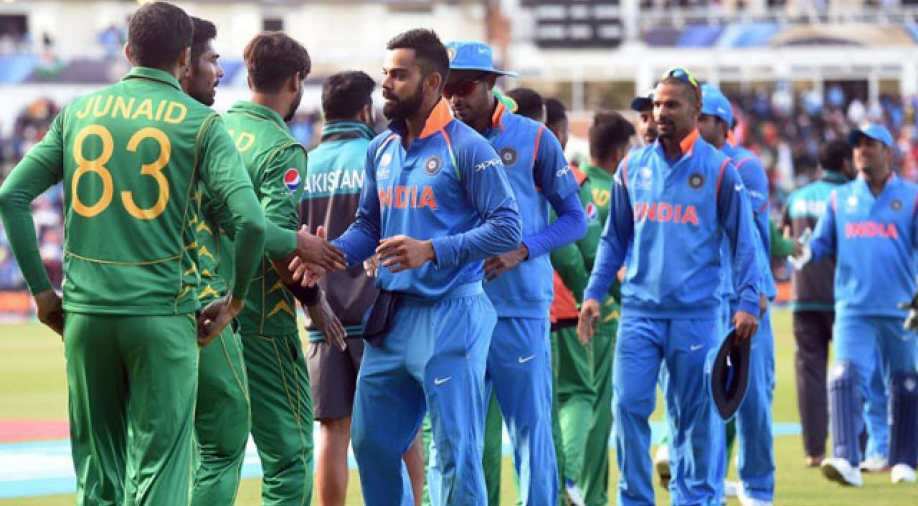 Top India cricketers like Harbhajan Singh has called for a boycott of the Pakistan group league encounter while veterans such as Chetan Chauhan wants India to put pressure on ICC by threatening to boycott the whole event.

Amid calls for boycott, the clamour for tickets for the marquee ODI World Cup clash between India and Pakistan in Manchester on June 16 has reached a crescendo, with more than 400,000 applicants for the 25,000 seater Old Trafford stadium.

Top India cricketers like Harbhajan Singh has called for a boycott of the Pakistan group league encounter while veterans such as Chetan Chauhan wants India to put pressure on ICC by threatening to boycott the whole event.

ICC World Cup tournament director Steve Elworthy, during a promotional event in London, said that demand for tickets for the Indo-Pak group league clash is way more than Australia vs England game or the final at the Lord's.

"That particular game (India vs Pakistan), we had over 400,000 applications for tickets, which is an incredible number. The stadium (Old Trafford) only holds 25,000 people.

So there are a number of disappointed people. That's just locally, but (there is also) the audience globally," Elworthy was quoted as saying by ESPN Cricinfo.

In fact, the former South African pacer then provided the numbers which is an indication that how much the match means for world cricket's governing body.

"To put that (number) in perspective, England vs Australia was around 230-240,000. And the final was around about 260-270,000 applications for tickets. So that gives you a bit of perspective for the demand for this match (India v Pakistan). It's a big game. They could end up playing each other in the final (too), you never know."

ICC Chief Executive David Richardson, in a statement to PTI on Tuesday, had said that "there is no indication that any (of the) matches at the ICC Men's Cricket World Cup will not go ahead as planned," even as they monitor the situation.