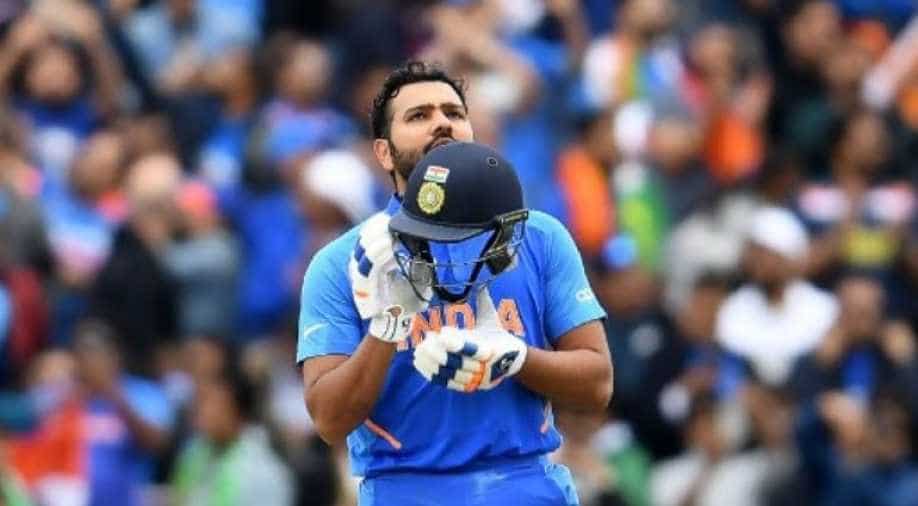 Centurion Rohit Sharma has now become India's No-1 six-hitter racking up 358 sixes in ODIs, T20s and Tests surpassing another six-master Dhoni who had hit 355 sixes.

India's opener was in his elements as he brought up a century stand with KL Rahul at the other end with the Pak bowlers wilting under pressure after choosing to bowl first in the crucial league encounter.

Rohit's fluency and six-hitting capability was on show at Manchester as the capacity crowd of 24,000 cheered his century. India's new master blaster finally fell to Hasan Ali after scoring 140 studded with 14 boundaries and three sixes breaking Indian hearts.

Pakistan opener Saeed Anwar had hit 101 against India in a losing cause at Centurion in the 2003 World Cup which was a milestone for Pakistan.