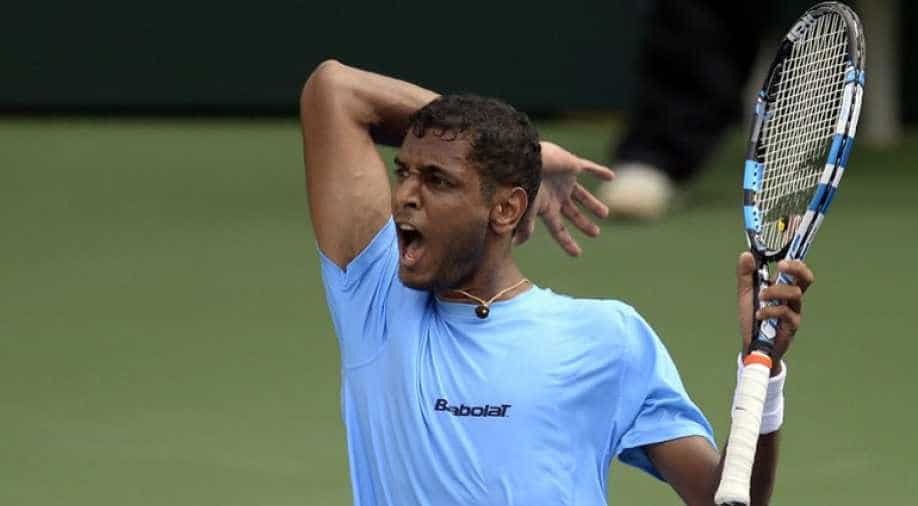 A lanky Ramkumar cruised to a 7-5 6-1 6-0 win over the Kiwi opponent in exactly two hours in windy conditions at the Shiv Chatrapati Sports Complex in Balewadi.

Ramkumar, who had won his singles rubber on day one against Jose Statham in straight sets in very impressive fashion, clinched a closely fought 51-minute first set.

Tearney's game went to pieces thereafter as his rival seized on the opportunities and ran away with the second and third sets with two and three breaks of serve each to propel India into the second round for a meeting with Uzbekistan from April 7-9.

Uzbekistan got past South Korea in another first round away tie.

India had taken a 2-0 lead on the first day when Yuki Bhambri and Ramkumar clinched their singles rubbers against Tearney and Statham respectively.

Ramkumar's victory in the first reverse singles to provide the hosts with an unassailable lead has rendered fifth rubber between Bhambri and Statham inconsequential.

The Kiwi player committed a staggering 10 double faults in the opening set, including three in the 12th game in which he was decisively broken by his Indian opponent.

The 6-foot-2-inch tall Indian youngster also had to dig himself out of the hole in two service games in which he faced break points. He saved three in the fifth game in which he committed the first of his two double-faults with the help of his strong first serve clocked at over 200 kmph.

Later he saved the fourth in the 11th game with his fifth ace to lead 6-5 before Tearney self-destructed when serving to be in the set for the second time by committing three double faults, including the last one when he was down 15-40, to hand over the set on a platter to the Indian.

'Shut up': Australia's Kyrgios blasts at Wilander over Murray remarks