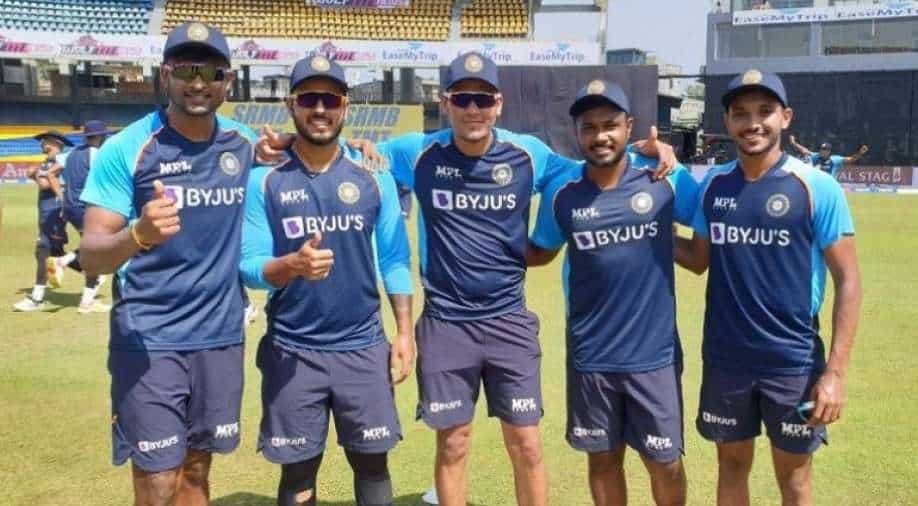 For the first time in 41 years, five players made their debuts for team India during the third ODI match against Sri Lanka in Colombo on Friday (July 23). Nitish Rana, Sanju Samson, Krishnappa Gowtham, Chetan Sakariya, and Rahul Chahar made their maiden appearances in an ODI game. India lost the last match but won the three-game series 2-1.

It is worth noting that Sanju Samson and Rahul Chahar have had the experience of international cricket as both of them have featured in T20Is for team India. Samson has played seven games and Chahar appeared in three matches.

As team India handed five debuts, they equalled their own record for the most number of debuts in a single match. Previously, it happened in 1980 against Australia at the MCG when Dilip Doshi, Kirti Azad, Roger Binny, Sandeep Patil and Tirumalai Srinivasan had made their debuts for team India.

In the match, Sri Lanka registered a three-wicket win over India as Avishka Fernando, who won Player of the Match award, scored his second consecutive half-century of the series. Bhanuka Rajapaksa registered his maiden ODI fifty as Sri Lanka completed their chase of 227 runs. Shikhar Dhawan-led team India eyed a 3-0 series win, having won the previous two matches, however, Sri Lanka outplayed the visitors as team India collapsed after the rain break.

After the match, Dhawan said, "Things didn't go our way after rain break. We had a good start but lost too many wickets in the middle. Think we were 50 runs short." He added, "I am glad that they made their debut because everyone has been in the quarantine for a long time."