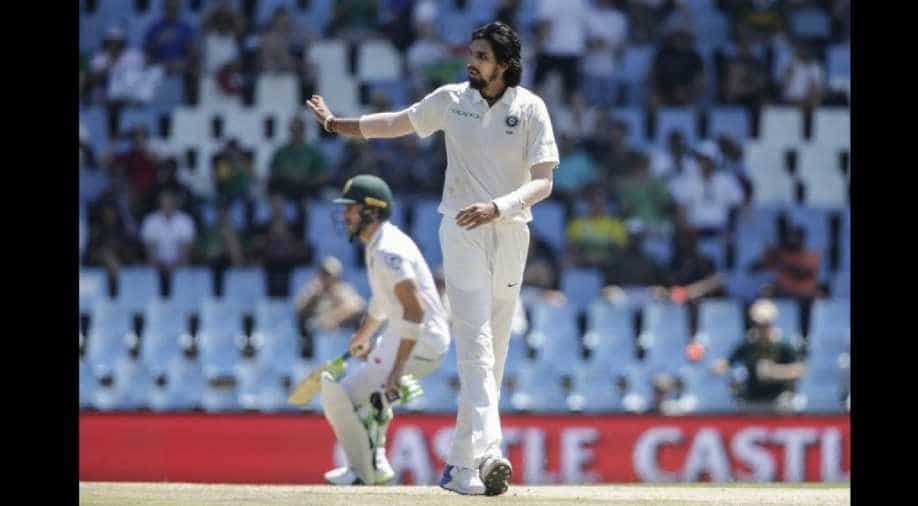 South Africa vs India day 2 of the second test match at Centurion favoured Indian bowlers. The Proteas were dismissed for 335 runs in their first innings.

Virat Kohli faced so much criticism for his strange selections and even Sunil Gavaskar had put up a question over replacing Ishant Sharma with Bhuvneshwar Kumar.

But Ishant Sharma proved his worth by taking 3 wickets in the first innings of the second Test.

Faf du Plessis scored 63 runs for his team but Ishant Sharma struck twice and brought the team back in the game by seeing off Rabada and Faf du Plessis.

Though, the first hour of day 2 was full of madness when Rabada got two lifelines, one when captain Kohli dropped his catch and second when Hardik and Shami let another opportunity after the two got confused of who what take the catch.

The first wicket of the day was of Keshav Maharaj who scored 18 runs for the team and was taken by Shami. It was his 100th Test wicket.

On day 1, Ravichandran Ashwin got two wickets to get rid of both the openers Dean Elgar and Aiden Markram, though Markram missed the century as he got out after scoring 94 runs.

For India, the team management replaced wicket-keeper batsman Wriddhiman Saha and opener Shikhar Dhawan with Parthiv Patel and KL Rahul, after they failed to play along with the bouncers and seaming conditions.