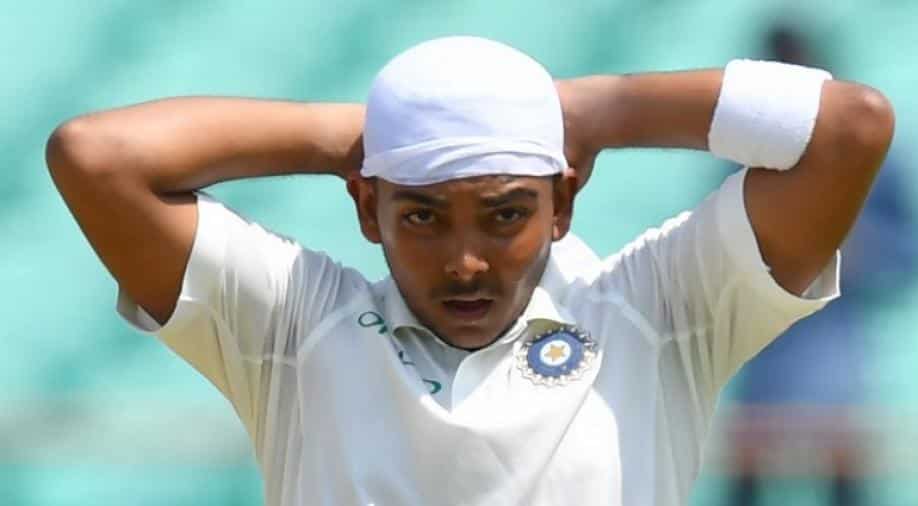 Prithvi Shaw is set to return in Test squad in the absence of India's prolific opener Rohit Sharma.

BCCI, on Tuesday, announced their Test squad for the New Zealand tour. Two-test matches will be played between India and New Zealand. Prithvi Shaw is set to return in Test squad in the absence of India's prolific opener Rohit Sharma.

Also read: Rohit Sharma ruled out of New Zealand tour due to injury; Gill and Agarwal to replace

Indian cricket team's vice-captain Rohit Sharma has been ruled out of the New Zealand tour following a calf injury. The injury was struck during the fifth T20I against New Zealand on Sunday at Mount Maunganui. He scored 60 runs off 41 balls, he retired hurt after he pulled his calf muscle while running a quick single.

KL Rahul's name was missing from the squad which comes as a shock to many. Pacer spearhead Navdeep Saini has been given a chance to be in the squad and Shubman Gill is also a part of the Indian squad. Ishant Sharma was reported to miss the entire tour before but is now in the squad as a subject to regain his fitness to 100 per cent.

As of now, Mayank Agarwal has come as a replacement for the Indian vice-captain in the ODI series against the Blackcaps. Prithvi Shaw and KL Rahul are most likely to open the innings for India in the following matches.

India will take on New Zealand in the three-match ODI series tomorrow. Kane Williamson has been ruled out from the first two ODI matches following an injury. Mark Chapman will replace the Blackcap skipper. Tom Latham will lead the side for the two ODI matches.

India will be looking to continue their winning run against the Kiwi as they clean swept the T20I series, with this India, have become the first team to win a T20I series with 5-0 margin.