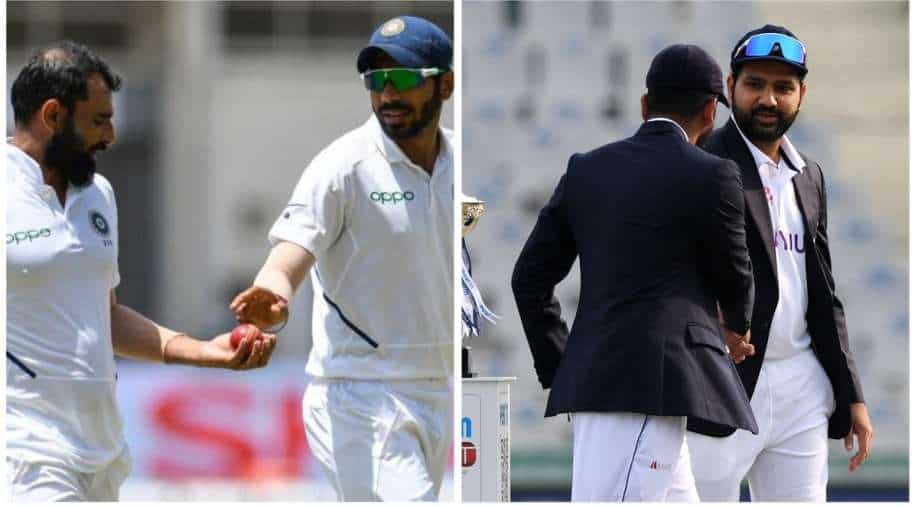 Ahead of the fifth and final Test between India and England, head coach Rahul Dravid provided much-needed updates regarding Rohit Sharma's availability and chances of Jasprit Bumrah leading India if the former is ruled out:

Ahead of India's fifth and final Test versus Ben Stokes-led England, the visiting side was dealt with a major blow on Sunday (June 26) when regular captain Rohit Sharma tested positive for Covid-19. Since then, he has isolated himself and is running against time to recover and become fully fit for the series decider, i.e, a spillover of the incomplete 2021 five-match series.

As per a report in ESPNCricinfo, it suggested that Rohit tested positive once again on Wednesday morning (June 29) and will undergo two more rounds of testing, one later in the day and the other on Thursday (June 30), before a final call is taken on his availability. In his absence, Jasprit Bumrah is being considered to lead India. If this happens, the 28-year-old speedster will become only the second pacer to captain India in whites after the legend Kapil Dev.

"So the update on Rohit is that he is being monitored by our medical team, he is not yet been ruled out. Obviously, he needs to get the negative test to be available. We will keep monitoring him, we have still got close to 36 hours to go so he will have a test later tonight and one maybe tomorrow morning as well. We will see, it is really up to the medical team and sports science team to decide on that. We will keep monitoring,” Dravid told reporters ahead of the 5th Test in Edgbaston, Birmingham.

On Bumrah, Dravid pointed out, "It's not fair for me to say it. You'll have to wait for official communication (through the selectors and the BCCI)."

For the unversed, India have an unassailable 2-1 lead in the incomplete series from last year. Ahead of the final Test, which will set to be held in Manchester in the last English summer, Covid crisis in the then Virat Kohli-led Indian camp led to the series decider being pushed by a year. Thus, India have a good chance to win their first-ever red-ball series on English soil. However, it won't be an easy task without Rohit and an already injured KL Rahul (two of their best batters from the incomplete series).