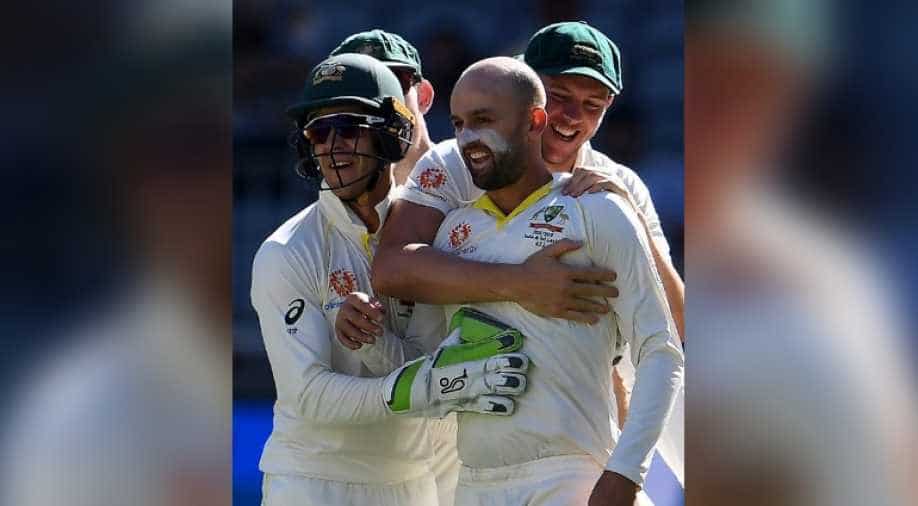 India, chasing 287 runs for victory, were dismissed for 140 on the fifth and final Test.

Australia beat India by 146 runs in the morning session of the fifth and final day of the second Test on Tuesday to level up the four-match series at 1-1.

The tourists, chasing 287 runs for victory, were dismissed for 140 at the new Perth Stadium when Jasprit Bumrah was caught and bowled by quick Pat Cummins as the last wicket of the innings.

Left-arm paceman Mitchell Starc finished with 3-46, while spinner Nathan Lyon took 3-39 on a feisty pitch. For India, Ajinkya Rahane made 30 with the bat and Rishabh Pant also 30.

The hosts register a convincing 146-run win by bowling India out for 140 early in the morning session on Day 5.#AUSvIND SCORECARD ⬇️ https://t.co/viG01B7TWC pic.twitter.com/siotOPs9LR

In the post-match presentation, Virat Kohli said, "Australia played better cricket than us and they deserved to win."

Cricket pundits questioned Virat's decision to play with four seamers and not picking a single spinner in the playing squad for Perth Test.

India skipper Kohli said, "When we looked at the pitch, we didn't think about the Jadeja option. We thought four quicks would be enough."

He justified saying, "We never thought about the spin option, to be honest."

With match-winning figures of 8/106 in the Perth Test, Nathan Lyon is named the Player of the Match. 👏#AUSvIND pic.twitter.com/agHLjqKga5

It was a first win in eight Test matches for Australia. India, who won the opener at Adelaide Oval by 31 runs, have never won a Test series in Australia.

The series continues with the Boxing Day Test at Melbourne Cricket Ground starting on December 26 before concluding with the fourth Test in Sydney in the New Year.