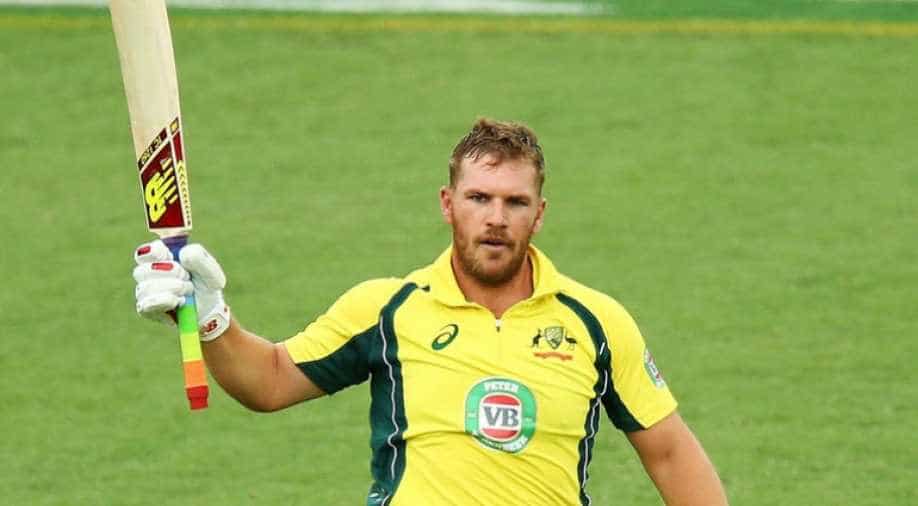 After a below-par showing in the Test series, Finch's struggle with the bat continued in the ODIs as he scored just 12 runs in the first two games.

Australia captain Aaron Finch Thursday declared that he will return to his "natural" aggressive game in the series-deciding third ODI against India here after being left "frustrated" by a cautious approach while searching for runs. Finch has been going through a bad patch for a long time and the sword is literally hanging over his head.

After a below-par showing in the Test series, Finch's struggle with the bat continued in the ODIs as he scored just 12 runs in the first two games.

"I am little bit frustrated. I am trying to bat a little bit longer for one thing. When you are searching for runs, you can be searching for the right recipe, and over the last couple of days, I have had a look at footage. I have seen things that have worked out when I got a hundred for Australia last, and what didn't," Finch said ahead of Friday's final ODI.

"I want to give myself the best chance. Maybe, I have been too tentative in the last couple games and letting pressure build up."

Finch, who scored just 97 runs in six innings in the Test series against India before being dropped for the final game, has admitted that he has spent the last few days in reminding himself he is "still a very good player".

"That's always a fine balance between attack and hanging in there, waiting for the right time to be aggressive and take on the opposition. I still feel I am a very good player," he said.

"I think 13 international hundreds suggest I do know what is required. It is about seeing through the initial part and putting pressure back on the bowlers. It is just about going back to my natural game, letting it flow and finding the right rhythm."

Finch, however, had words of praise for his opening partner Alex Carey and said Australia are looking to cover as many bases as possible before the World Cup to be held in the United Kingdom, starting May 30.

"It's about giving him (Carey) opportunity to perform. He has been shuffled around a lot, but we want to have some consistency and allow him to play a game that he is pretty comfortable with, opening the batting in ODIs and T20s. We will have to wait and see how (David) Warner and (Steve) Smith shape up," he said.

"We want to try and have as many bases covered in India and Pakistan series ahead of the World Cup. If we can have 3-4 guys in opening, middle and finishing, that will give us a lot of flexibility in the batting."

Finch said the evolution of Australia's batting line-up has been a stand out point for him, especially in light of the absence of David Warner and Steve Smith, who are serving 12-month bans for their role in the infamous ball-tampering episode.

"The mindset in particular from the last couple months has been really good. To be able to get 286 and 298 back-to-back on slow wickets in Sydney and brutal conditions in Adelaide was good. Shaun Marsh has been outstanding. It is good how we have stuck to our game plans and executed them," he added.

With the series evenly poised at 1-1, Finch said Australia are keen to come out victorious on Friday to register their first ODI series triumph since January 2017. "We are very keen to win the series. It has been a while since we have won one," he said.

"Coming up against a real powerful Indian line-up, there have been some positives particularly with the bat and there has been a lot of improvement in the last 8-10 months to be really proud of in the two games. It's 1-1 also because our bowlers have been outstanding.

"A lot of improvement can be made but a lot to be proud of in this series as well. Winning the series is our main focus," he signed off.