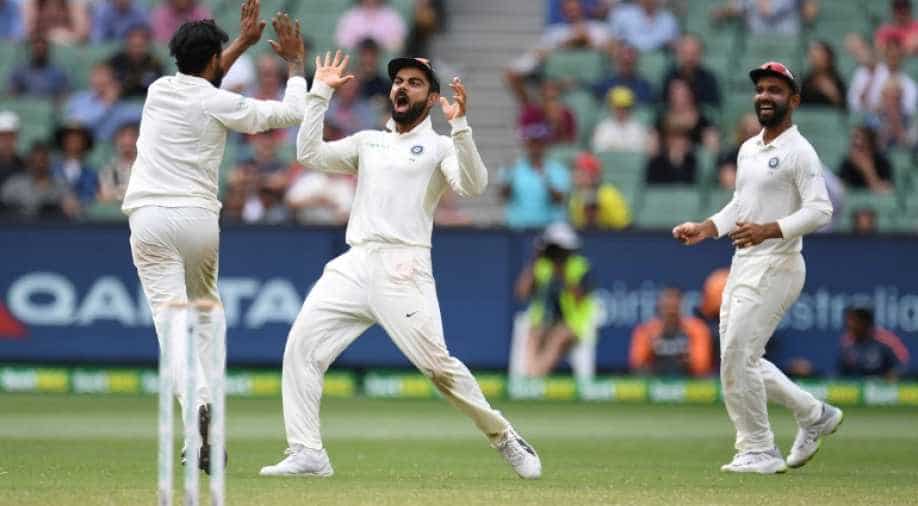 South Africa finished third with 105 points while Australia finished with 104 points to finish fourth, a few decimal points ahead of England.

India have finished at the top of the International Cricket Council (ICC) Test rankings and taken home the purse of $1 million for a third consecutive year, the governing body said on Monday.

India, who registered their first series victory in Australia at the turn of the year, finished with 116 points on the April 1 cut-off date, eight points ahead of New Zealand who finished second and took home $500,000.

South Africa finished third with 105 points while Australia finished with 104 points to finish fourth, a few decimal points ahead of England.

"Retaining the ICC Test championship mace once again is something we are all really proud of," India captain Virat Kohli, who won the ICC's cricketer, Test and one-day international player of the year awards in January, said in a statement.

"Our team has been doing well across formats but it gives us extra pleasure to come out on top of the Test rankings. We all know of the importance of Test cricket and of how only the best can prosper in the format."

The ICC's world Test championship begins in August, after the 50-over World Cup in England, with nine Test playing nations taking part in 71 Test matches spread across 27 series to reach the final in 2021.