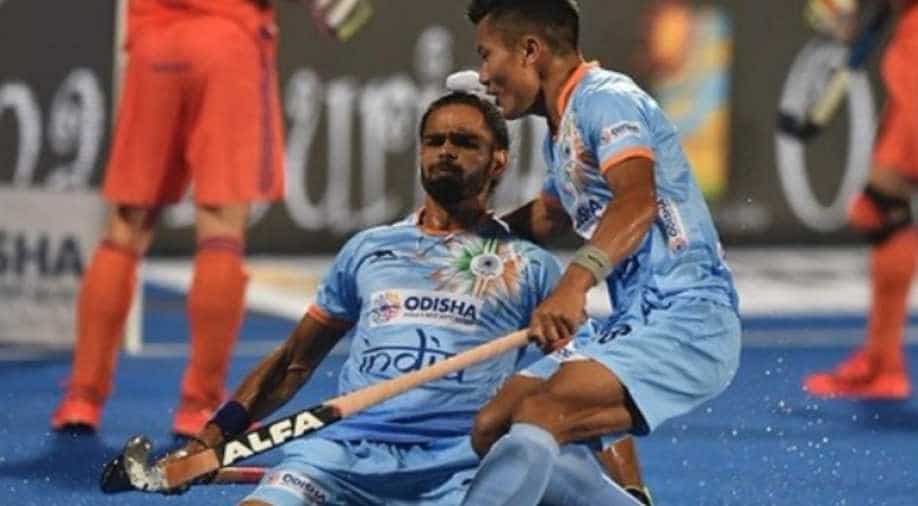 Striker Akashdeep Singh faces a possible two-match suspension for breaching Code of Conduct at the end of India's quarter-final loss against the Netherlands in the ongoing hockey World Cup.

According to a statement from the world body, the International Hockey Federation's technical delegate had recommended Akashdeep's case to FIH's disciplinary commissioner.

As per the recommendation, Akashdeep faces a possible two match suspension at the next top FIH event.

The striker had allegedly "used foul language or gesture (s) that was seriously obscene and offensive or having a 'seriously insulting nature to another participant or any other third person at the conclusion of India's quarter-final against the Netherlands on Thursday".

In his decision, FIH technical delegate Christian Deckenbrock indicated that if India had still been in the competition, he would have suspended Akashdeep for the next two matches.

However, in accordance with tournament regulations, Deckenbrock decided to give written notice of his decision to FIH CEO Thierry Weil and to recommend him to refer the case to the FIH disciplinary commissioner.

"Furthermore, the delegate stated that he will recommend that a suspension should apply for the next FIH top tier competition (including FIH Series Final) at which India will participate and that it should also be considered whether the number of players which India may use in these matches will be limited according to 5.1 of the FIH tournament regulations," the statement further added.