'India needs your game': When Lata Mangeshkar requested MS Dhoni to not retire from international cricket 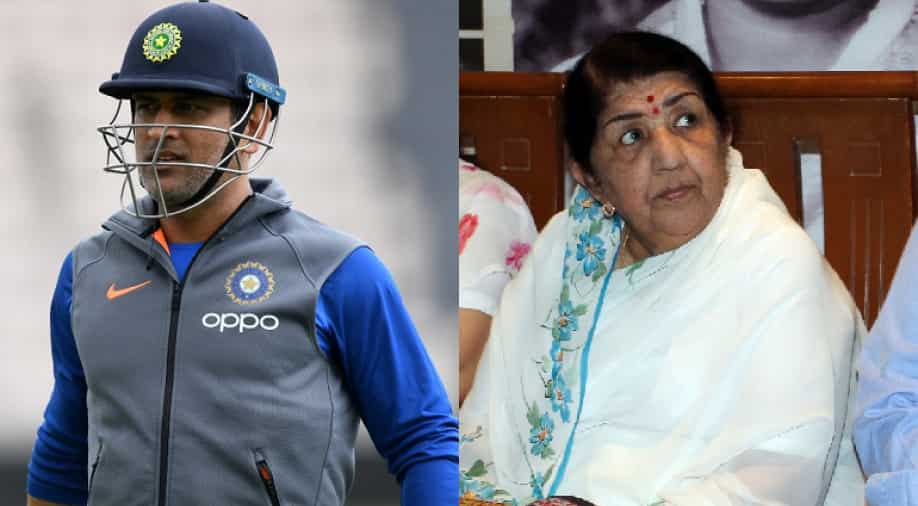 Lata Mangeshkar had once requested MS Dhoni to not retire from international cricket. Photograph:( AFP )

The late Lata Mangeshkar had once requested former India captain MS Dhoni to not retire from international cricket amid rumours that he was planning to quit.

Legendary Indian singer Lata Mangeshkar passed away on Sunday (February 06), leaving the entire country mourning. One of the greatest singers of all time, she sang thousands of songs across several different languages and gave the Indian film industry some of its evergreen hits. Popularly known as the 'Nightingale of India', the music legend was also a huge cricket fan and one of the ardent supporters of the Indian cricket team.

Mangeshkar rarely used to miss a game when the Indian cricket team was in action and was a keen follower of the Men in Blue. She once even took to Twitter to request former India captain MS Dhoni to not think about retirement at a time when speculations were rife that Dhoni was ready to quit international cricket. The incident happened back in 2019 after India's exit from the ICC World Cup 2019.

India suffered a heartbreaking 18-run loss in the semi-final against New Zealand in the 2019 World Cup following which rumours spread that Dhoni was going to announce his retirement from international cricket. Mangeshkar then took to Twitter to urge the former India skipper to not do so stating that India needed his services in the game.

While Dhoni did not announce his retirement immediately after the ICC ODI World Cup in 2019, he quit international cricket on August 15, 2020. One of the most successful captains in the history of the game, Dhoni led India to unprecedented success across formats and remains the only skipper to have won all three major ICC trophies - (T20 World Cup, ODI World Cup and the Champions Trophy).

Dhoni continues to ply his trade in the Indian Premier League (IPL) where he leads his team Chennai Super Kings (CSK). Under Dhoni, CSK scripted a fairytale comeback in IPL 2021 last year as they went on to lift their fourth title after defeating Kolkata Knight Riders in the final. Dhoni has been retained by CSK ahead of IPL 2022 and will be back leading the team once again this year.