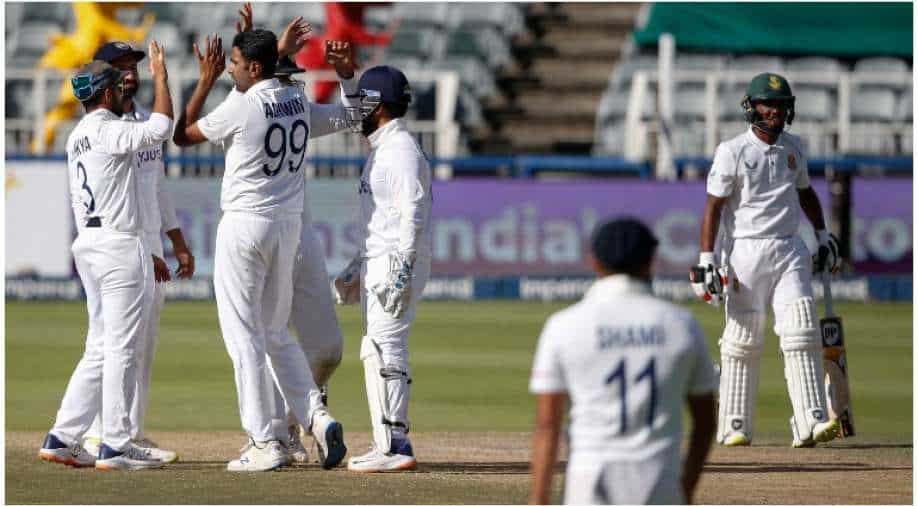 2nd Test: SA have a slight edge as they have started their run-chase very well, however, India need 8 good deliveries to win on Day 4 and clinch their maiden Test series on South African soil.

Day 3 of the second and penultimate Test between India and South Africa, at The Wanderers Johannesburg, ended on a cliff hanger as Proteas require 122 more runs whereas KL Rahul-led India are 8 wickets away from win.

The third day's play started with Cheteshwar Pujara and Ajinkya Rahane in the middle, resuming India's second essay from 85-2 (with the overall lead standing at 58 runs). The out-of-form duo looked in positive frame of mind and accumulated runs at will as the lead went past the three-figure mark with ease. However, both fell after reaching their respective half-centuries as the onus fell on Hanuma Vihari and Rishabh Pant.

Pant got involved in a heated exchange with Rassie van der Dussen but didn't trouble the scorers as he fell for 0. Courtesy a cameo from Shardul Thakur (28) and Vihari's 40 not out, India fell for 266 as they setup a competitive 240-run target for the Dean Elgar-led hosts.

In reply, Elgar and Aiden Markram started off on a positive note before Markram was trapped lbw off Thakur. Elgar stitched another vital stand with No. 3 batter Keegan Petersen before Ashwin removed the latter against the run of play. Rahul attacked by employing a leg-slip and even called back Jasprit Bumrah (who had an altercation with Marco Jansen early in the day), but the speedster conceded runs at will despite troubling Elgar with his pace and bounce. Mohammad Shami also tested the SA captain but none could remove him as the left-hander held one end firmly. He was given company by van der Dussen before stumps on Day 3.

Hence, the result is surely going to come out on the penultimate day as both sides have a solid chance to win. SA have a slight edge as they have started their run-chase very well, however, India need 8 good deliveries to win and clinch their maiden Test series on South African soil.