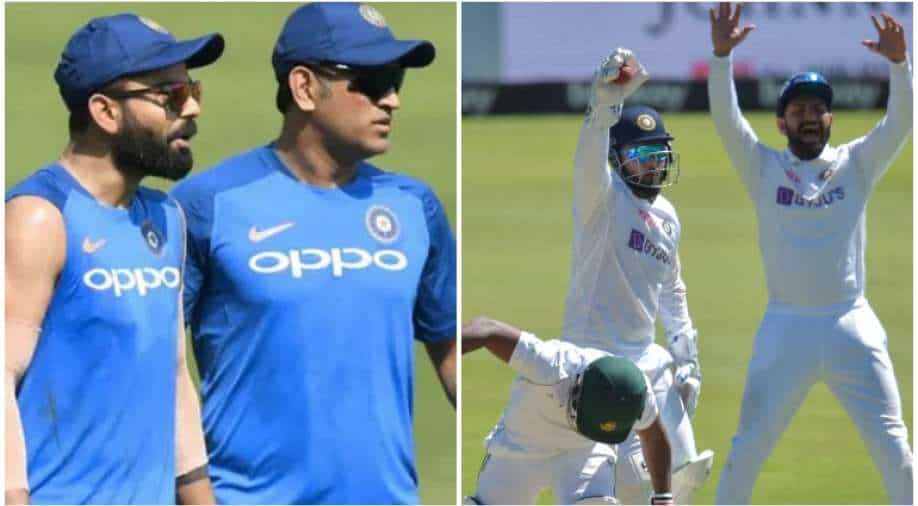 For the unversed, Pant reached the milestone with the departure of SA's limited-overs captain Temba Bavuma (52) to become the fastest Indian keeper to 100 dismissals.

Rishabh Pant created history on Day 3 of the first Test between India and South Africa at the SuperSport Park, Centurion on Tuesday (December 28). The 24-year-old youngster became the quickest Indian keeper to 100 Test dismissals, breaking his mentor and former Indian captain MS Dhoni's record (who achieved the feat during his 36th Test appearance).

For the unversed, Pant reached the milestone with the departure of SA's limited-overs captain Temba Bavuma (52) to become the fastest Indian keeper to 100 dismissals. He, thus, attained the feat in his 26th Test (50th innings). Proteas' Quinton de Kock leads the overall list, who reached the landmark during his 22nd Test match.

ALSO READ | There are players who can push him out of XI: Former Indian all-rounder opines on Pujara's struggles

Overall, Pant became the sixth Indian keeper to have 100, or more, dismissals in the purest format of the game; joining the likes of Dhoni, Syed Kirmani, Nayan Mongia, Kiran More and teammate Wriddhiman Saha. Early this year, Pant had also surpassed Dhoni to become the quickest Indian keeper-batsman to 1,000 runs in whites. He reached the landmark in his 27th innings.

Pant has had a solid start to his Test career. Debuting during India's tour of England in 2018, the left-hander slammed a hundred in his debut series and already has a ton in Australia as well. During the 2020/21 Border-Gavaskar Trophy Down Under, the youngster contributed to India's 2-1 series triumph with two memorable half-centuries and has continued to score vital runs down the order for Virat Kohli & Co. In addition, his keeping skills have improved to a great extend.

Pant will aim to cross Dhoni's overall tally of 294 dismissals in whites (most by an Indian) by the time he ends his Test career. While he has plenty to achieve as of now, the youngster promises a lot more in future with his talent, learning abilities and overall skills.