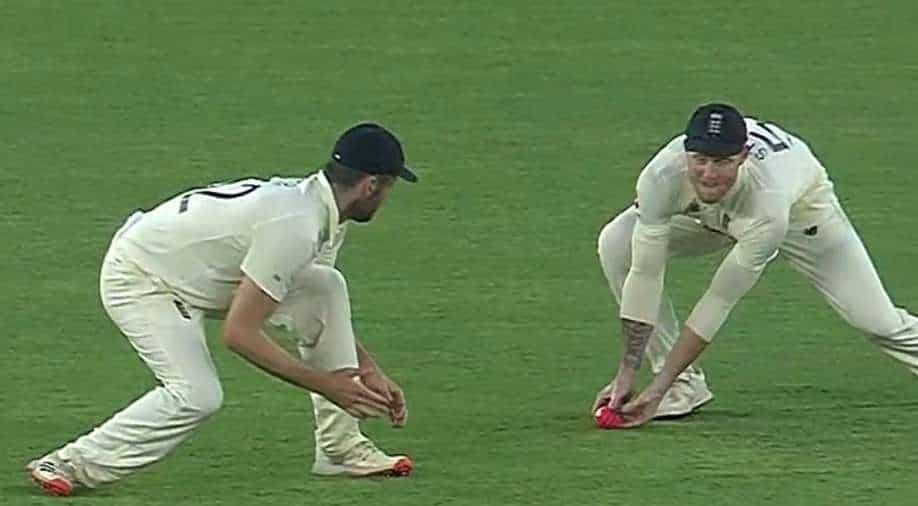 Netizens, however, trolled the English all-rounder for appealing for the catch despite the ball touching the ground.

After being bundled out on 112, England are under immense pressure to bounce in the on-going pink-ball Test at the Narendra Modi Stadium on Wednesday.

However, during the second over of the Indian innings, an incident took place that left the whole England side, including Ben Stokes, disappointed. Gill caught a low edge off Broad's delivery carrying the ball to the second slip (Ben Stokes).

Umpires referred the decision to the TV umpire after giving the soft signal, out. However, the decision was overturned as it was found that a bit of the ball was touching the ground. The English side were visibly disappointed after the decision.

Netizens, however, trolled the English all-rounder for appealing for the catch despite the ball touching the ground.

It's clearly touching the ground. I don't know why Ben Stokes even appealed for that one. Joe Root getting disappointed for no reason. #INDvENG pic.twitter.com/6dNaPj4nyc

ben stokes claimed this as "safe catch" and these people have invented this game. 👏 #INDvENG pic.twitter.com/EEHcOYeUaT

Feel disappointed that I was a fan of this fraud so called best all rounder in the world Ben Stokes.
All talk, no show. Sir Jadeja way clear of this fraud.... pic.twitter.com/1UdK6igBjW