IND vs AUS prediction: Who will win WWC 2022 match between India and Australia? 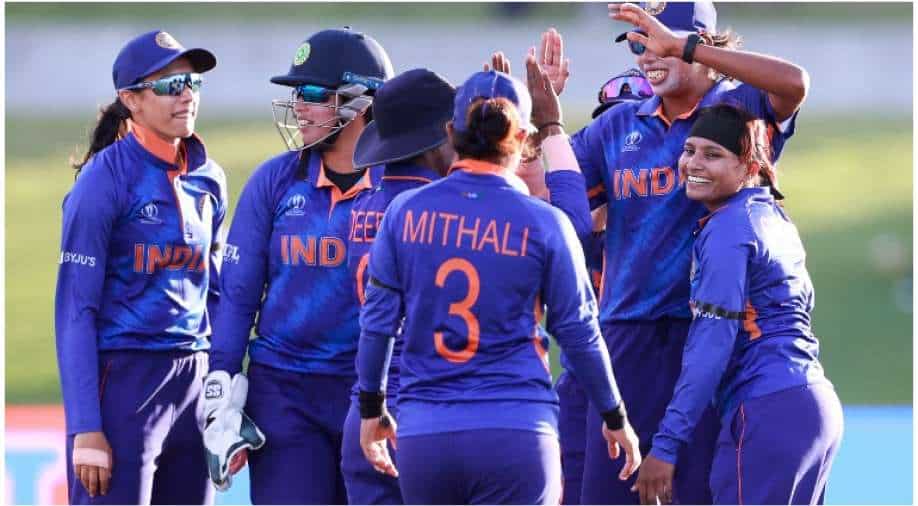 IND vs AUS prediction Who will win WWC 2022 match between India and Aus Photograph:( Twitter )

WWC 2022: Mithali Raj-led India have their task cut-out as they face unbeaten Australia in match 18 of the showpiece event in New Zealand.

Mithali Raj-led India have their task cut out as they lock horns with one of the two unbeatable teams, i.e. Australia, in the ongoing ICC Women's World Cup on Saturday (March 19). With two wins and an equal number of losses, India are in a tricky position as far as semi-finals qualifications are concerned. Thus, they cannot afford any further slip-up as it will further complicate their task of finishing in the top-four.

Talking about India's run so far, the two-time runners-up thrashed Pakistan in their opening game before losing to New Zealand by a convincing margin. They then returned back to winning ways with a big win over then-unbeaten side West Indies, in their third game, before going down to England, who was winless before the India face-off. Will India end another team's unbeaten run in the eight-team tournament? Without a doubt, Australia will be a totally different challenge as the Women in Yellow have four wins from as many encounters.

Match prediction for India vs Australia CWC 2022 face-off: Meg Lanning-led Aussies have been on a roll. So far, they edged past England before demolishing the likes of Pakistan, New Zealand and West Indies. Both teams have not played at the iconic Eden Park, Auckland, hence, that might test the two camps. Nonetheless, the Aussies are much more balanced, in a red-hot form to adapt and continue their winning run. For India, they need to click as the tournament is progressing towards the business end and the race for the semi-finals spot is heating up.

Given Australia and South Africa are very much likely to end as the top-two ranked sides, India are wary of the challenges with New Zealand, West Indies and England (who can still turn it around despite a solitary win from four games) battling it out for the remaining two slots.

At present, it seems Australia will continue their winning run unless India bring out their A-game.