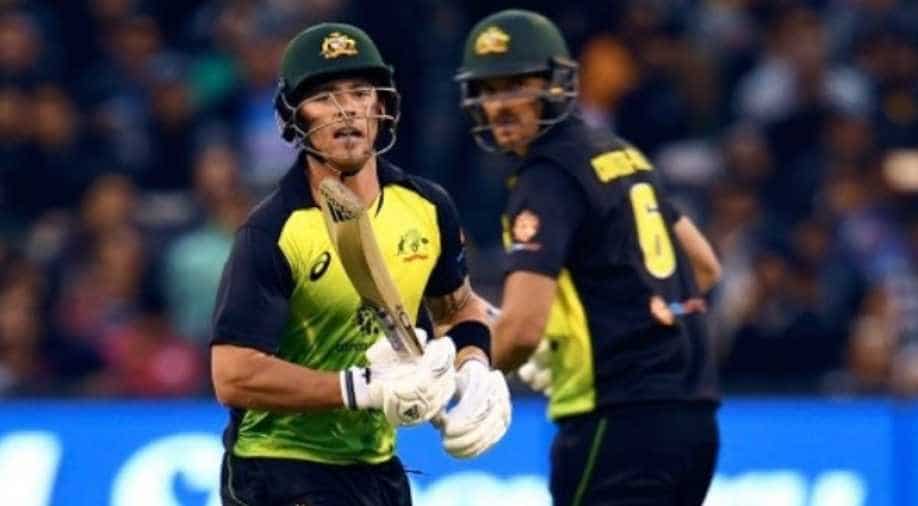 Billy Stanlake hurt his ankle, hence, he has been replaced by Coulter-Nile.

The 2nd T20I between India and Australia has been called off due to rain.

The Australian team were 132 for the loss seven wickets after 19 overs. The game which was reduced to 19 overs and the target was readjusted to 137 runs for the 'Men in Blue' will have no result.

Earlier, Virat Kohli won the toss and opted to bowl against Australia in the second T20I at Melbourne Cricket Ground on Friday.

Despite several options, India have entered at MCG with the same combination of players. While there is one change for Australia, which is the addition of Nathan Coulter-Nile.

After winning the toss, Virat said, "I thought we did well chasing in the last game, Duckworth-Lewis made it beyond our reach. If we manage to bat better in certain situations, which we didn't do last game, we should be able to do alright."

Australia won a nail-biting and rain-affected first match in Brisbane by four runs, with the third and final game in Sydney on Sunday.

It was a confidence-boosting win for the home team -- their first in five T20s and only their sixth in 23 internationals -- ahead of a four-Test series against the visitors.

"Not too fussed as the pitch won't change in 40 overs. Hopefully, put some runs on the board and put some pressure on them," said Australian skipper

Stanlake hurt his ankle, hence, he has been replaced by Coulter-Nile.