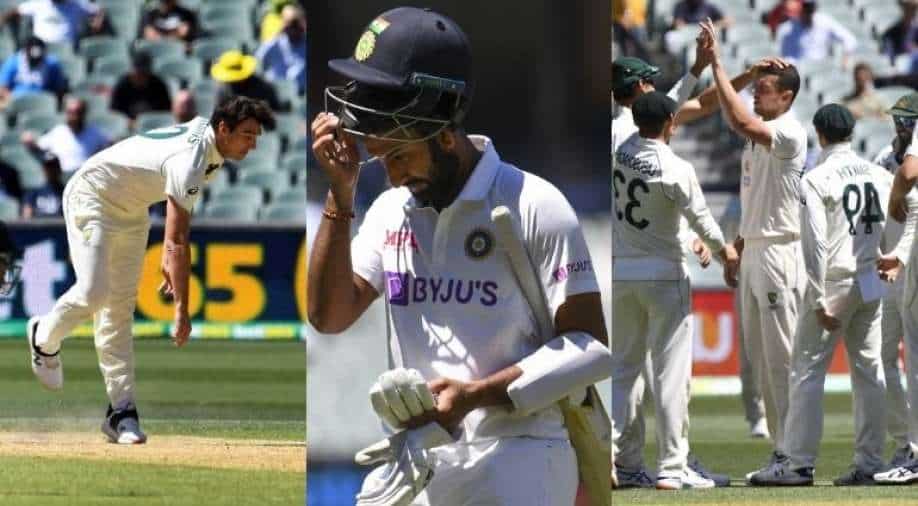 Matthew Wade and Joe Burns' 50-run partnership landed a fatal blow to India's hopes to win the match. Burns' went on to score 50 runs to take the hosts over the line.

India failed to capitalize on their 62-run lead over the hosts as Virat and Co. crashed to their lowest ever Test score of 36 on Saturday in Adelaide as Australia win by 8 wickets.

Josh Hazlewood and Pat Cummins were the architects of the mammoth collapse of India's batting order. Hazlewood took 5-8, including his 200th Test wicket, and Cummins 4-21.

No Indian batsmen, including Virat Kohli, could score double figures for their team as India could put just 36 runs on board and set an easy target of 93 runs for the Australians.

Matthew Wade and Joe Burns' 50-run partnership landed a fatal blow to India's hopes to win the match. Burns' went on to score 50 runs to take the hosts over the line.

After the match, Kohli found it hard to put his feelings into words. he talked about the collapse and how it feels to lose a Test match in an hour despite playing good cricket from the past two days. He said: "It's very hard to put those feeling into words. We had a lead of 60-odd when we arrived. And then just collapsed. Played two days of good cricket to get in a position and then just lose it in an hour. Really hurts."

"Probably didn't have enough intent in the batting today. It's something that needs to be reflected and learnt from. Bowlers bowled similar kind of areas in the first innings as well, but then our mindset was to get runs," he added.

However, he said that the loss will not reflect on the Men in Blue and will give the hosts a tough fight for the Boxing Day Test Match.

"Confident the boys going forward will reflect on this and come up with a better result on Boxing Day."

This is the first time in 26 Tests India have lost when Virat Kohli had won the toss.

Aussie skipper Tim Paine was adjudged the 'Player of the Match.'

India's 36 is the lowest total in the current century for any team.