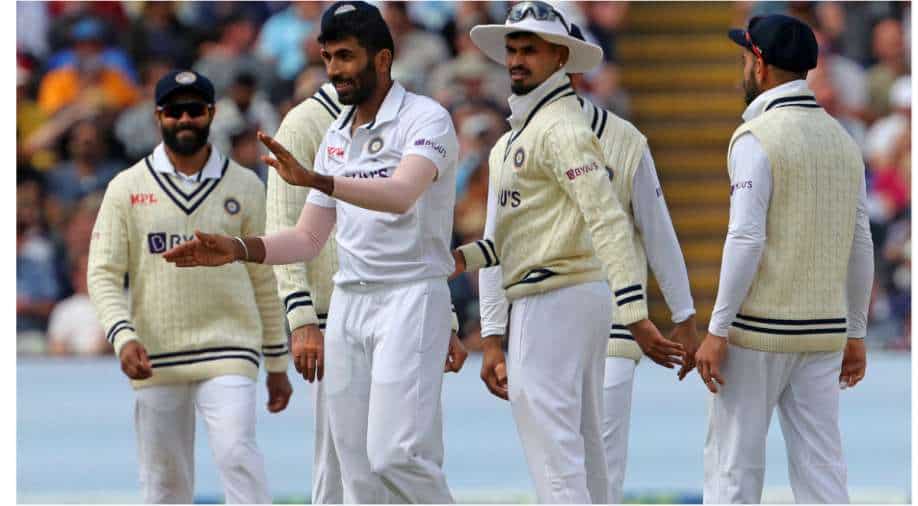 After the Edgbaston Test, former Indian stumper Deep Dasgupta highlighted a glaring issue which has been a big factor in Team India's recent failures.

India dominated proceedings for most parts in the just-concluded Edgbaston Test before losing the contest by seven wickets as the five-match series, which commenced during 2021 English summer, ended in a 2-2 stalemate on Tuesday (July 06).

In Rohit Sharma's absence, India were led by pacer Jasprit Bumrah whereas Rishabh Pant was his deputy. India were asked to bat first as they posted 416 after centuries from Pant and Ravindra Jadeja. In reply, England posted 284 courtesy of Jonny Bairstow's ton, giving a 132-run healthy lead to Team India. India, however, didn't capitalise and only managed to post 245 in their second essay, setting up a challenging 378-run target. While the target was a stiff one, India had a chance to completely bat England out of the contest by setting up anything over 450, however, they fell flat. In the run-chase, England were 109/3 before tons from Bairstow and Root took India home.

ALSO READ | THROWBACK: 'God is not coming to save you' - MS Dhoni's motivational words before India's CT'13 win

After the match, former Indian stumper Deep Dasgupta highlighted a glaring issue which has been a big factor in the national side's recent failures.

"It is very important for the team to have a stable captain. The position of the captain had been really [unstable] in the last few months, especially during England Test or Ireland tour," Dasgupta told ANI. "Due to injury and any other reason, we had to shuffle between captains. But now Rohit is fit and is available for the upcoming games," he stated.

"With only 2-3 months left for the T20 World Cup, there are many players who have showcased their spectacular performances. India is left with 20-22 games before the World Cup, so the selectors might have started shortlisting the players for the big tournament. Each and every match will be very important from now on," Dasgupta added.

India have been led by Virat Kohli, Rohit Sharma, KL Rahul, Rishabh Pant, Hardik Pandya and Bumrah since September 2021. Thus, they need to have stability in the captaincy role heading into the 2022 T20 World Cup, to be held in Australia.