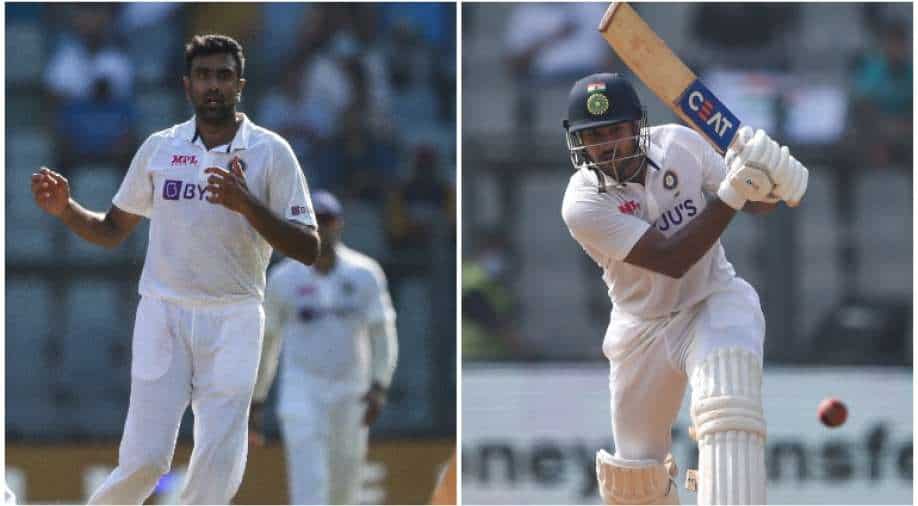 India's opener Mayank Agarwal and ace spinner R Ashwin have made giant strides in the latest ICC Test Rankings after the NZ series at home.

After the end of the New Zealand series at home, Indian opener Mayank Agarwal and ace off-spinner R Ashwin made massive gains in the latest ICC Test rankings for batters and bowlers, respectively. Mayank, who was the Player-of-the-Match in the second and final Test in Mumbai, jumped up 30 spots following his masterclass 150 at the Wankhede Stadium versus the Black Caps.

Thus, the right-hander finds himself at the 11th position. In the top ten, Joe Root continues to lead the chart whereas Rohit Sharma (fifth position) and Virat Kohli (at sixth place) are the only two Indians in the top ten. For the bowlers, Ashwin gained 43 rating points to reach a total of 883 and be at the second spot, narrowing his gap with Aussie Test captain and pacer Pat Cummins (908 rating points). Josh Hazlewood is at the third spot.

Ashwin, who ended the series with 14 wickets and valuable runs from the willow, also moved up in the list for all-rounders. The 35-year-old occupies the second spot in the list headed by Jason Holder. Ravindra Jadeja, who missed the second Test in Mumbai, slipped to the fourth position.

After grabbing the Player-of-the-Series award post the NZ Tests, Ashwin had told broadcasters, "I think I've got 10 (Player of the Series awards now). I enjoyed Wankhede honestly, and everyday there was something new, and I could challenge both edges. It was a wonderful performance by Ajaz. It doesn't spin all the time in Wankhede, and he used the seam and put the ball in the right places, and there was a bit of destiny involved in his 10-for too. Jayant and I have trained together, he flew to Chennai from Haryana in 2014 to pick my mind, so we have a good relation. Axar and I have played since Kings XI. I would like to go to South Africa and win a series there, we haven't done that before, and hopefully we can do it this time."

Mumbai Test's star spinner Ajaz Patel, who became only the third bowler to take ten wickets in an innings, also jumped 23 slots to occupy the 38th position. The New Zealander had started the India series at the 62nd position.

Among the teams, Kohli-led India are at the top after the 1-0 series win over World Test champions NZ. The Kiwis, Australia, England and Pakistan follow suit in the top five.

India's next Test assignment is versus South Africa, in the African nation, where they will play three Tests and equal number of ODIs. The first Test kicks off on December 26 in Centurion.