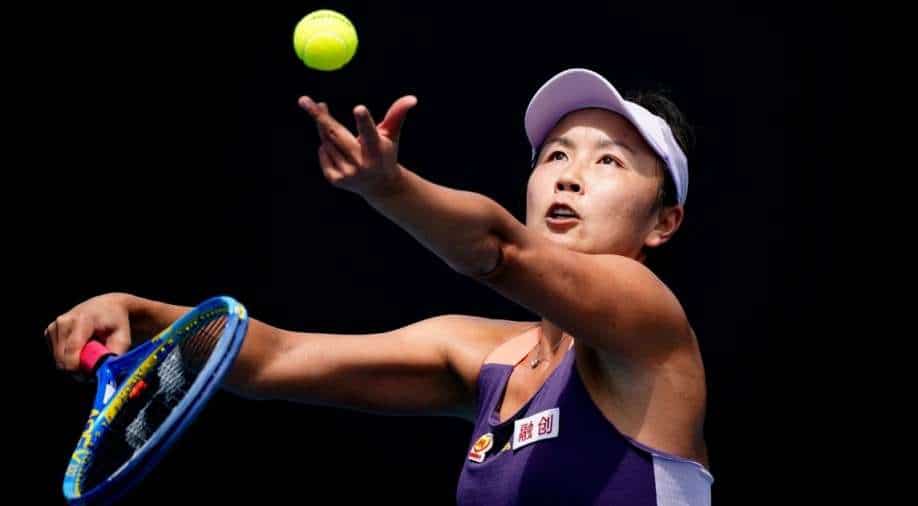 This is a file photo of Peng Shuai. Photograph:( Reuters )

As per the statement released by IOC on Monday, the meeting took place on Saturday over dinner at the Olympic Club in Beijing

In the latest media interview, the tennis star also said that she never accused anyone of sexual assault.

The IOC President has held a face-to-face meeting with Shuai and he was joined by the former Chair of the Athletes' Commission and IOC member Kirsty Coventry.

As per the statement released by IOC on Monday, the meeting took place on Saturday over dinner at the Olympic Club in Beijing.

ALSO READ | 'My bones are sticking out, I cry every day': Russian athlete claims food at Beijing Winter Olympics inedible

The three-time Olympian, Shuai informed the President that she would attend several events at the Olympic Winter Games Beijing 2022 over the coming days.

The IOC president invited her to Lausanne to visit the IOC and The Olympic Museum. Peng Shuai accepted this invitation.

Ahead of the IOC's statement, Shuai told L'Equipe sports daily in an interview published on Monday (February 7) that she never accused anyone of sexual assault.

The tennis player said that she herself had deleted her social media post in November that had appeared to make such a claim, creating a global outrage over the safety of the player.

However, Shuai denies making any allegation. "I never said anyone had sexually assaulted me in any way," said Pend in an interview with French newspaper L'Equipe at a hotel in Beijing.

The tennis player remained in the headlines globally in November when she appeared to allege on social media that a former Chinese vice premier, Zhang Gaoli, had sexually assaulted her in the past.

The post was deleted within minutes but screenshots of the same were circulated on China's Twitter-like social media platform, Weibo.