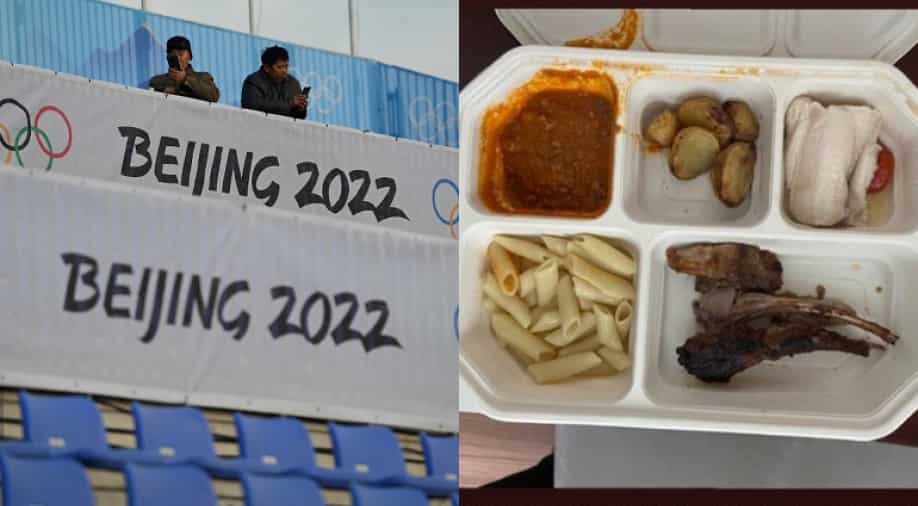 Beijing Winter Olympics: Russia's biathlon competitor Valeria Vasnetsova, who is among the athletes to have tested positive for COVID-19 during the Games in Beijing, took to Instagram to share her horror story.

China is already facing massive criticism from all corners for staging the ongoing Winter Olympics 2022 in Beijing despite surging cases of COVID-19 among the Games-related personnel and athletes. New issues at the Games have now come to light as a Russian athlete has alleged the food being served to COVID-19 positive athletes at the Games is 'inedible' and 'impossible' to eat.

Accusations such as inedible meals, not enough food for the athletes and the lack of training equipment have already surfaced at the Beijing Games with the athletes, who are in quarantine, slamming the organisers for unfair treatment. Russia's biathlon competitor Valeria Vasnetsova, who is among the athletes to have tested positive for COVID-19 during the Winter Games in Beijing, took to Instagram to share her horror story.

Vasnetsova took to her Instagram story to share a picture of food being served to her in one of the quarantine hotels in Beijing. In the picture shared by her, the tray of food includes plain pasta, a few potatoes, charred meat on a bone and an orange sauce. Vasnetsova said it was "breakfast, lunch and dinner for five days already".

The Russian alleged she has cried every day since being kept in quarantine and that her bones have started sticking out already due to a lack of nutritious and proper diet. She asserted she was 'tired' and wants all of it to end soon.

"My stomach hurts, I'm very pale and I have huge black circles around my eyes. I want all this to end. I cry every day. I'm very tired," Vasnetsova wrote on her Instagram with the picture of the food served to her.

ALSO READ | Zhu Yi, who gave up US citizenship to compete for China, slammed after poor show at Beijing Winter Olympics 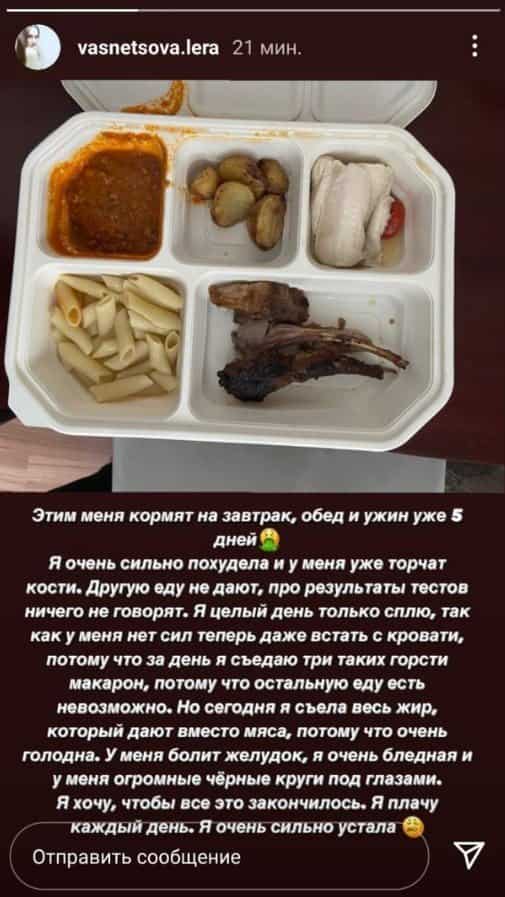 She claimed she has been surviving on a few pieces of pasta but had to eat all the fat served to her on the day she shared the picture, as she was very hungry and was losing weight at a significant pace. "But today I ate all the fat they serve instead of meat because I was very hungry. my bones are already sticking out," she wrote.

Vasnetsova also went on to made a startling revelation in her post and claimed the athletes who have tested positive for COVID-19 are being served less and poor quality meals compared to the normal Games-related personnel who are in the quarantine hotels in Beijing.

She revealed while picking up the food left for her outside her door in the quarantine hotel, she noticed that the boxes left outside the other rooms in her corridor were different. The doors have been labelled with signs to distinguish Olympians and people working at the Games. The Russian claimed the food being served to non-athletes was different and the box for the athletes had worse food.

She also shared the details of the food served to her team doctor, who also tested positive for COVID-19 and was kept in quarantine at the same hotel. Vasnetsova said the team doctor was served fresh fruit, a salad and prawns with broccoli. "I honestly don't understand, why is there this attitude to us, the athletes?" - the Russian wrote.

Is China using quarantines to rig the Olympics?

A Russian athlete, Valeria Vasnetsova, has blown the whistle.

She says foreign athletes who test positive for covid are being starved, so they can't compete even if they recover. 🧵 pic.twitter.com/tM79dQZEID

The organisers were quick to address Vasnetsova's concerns, and as per a report in the Associated Press, the Russian biathlon team spokesperson Sergei Averyanov confirmed better food was served to her. He also added that the athlete will also be given a stationary bike soon for training.