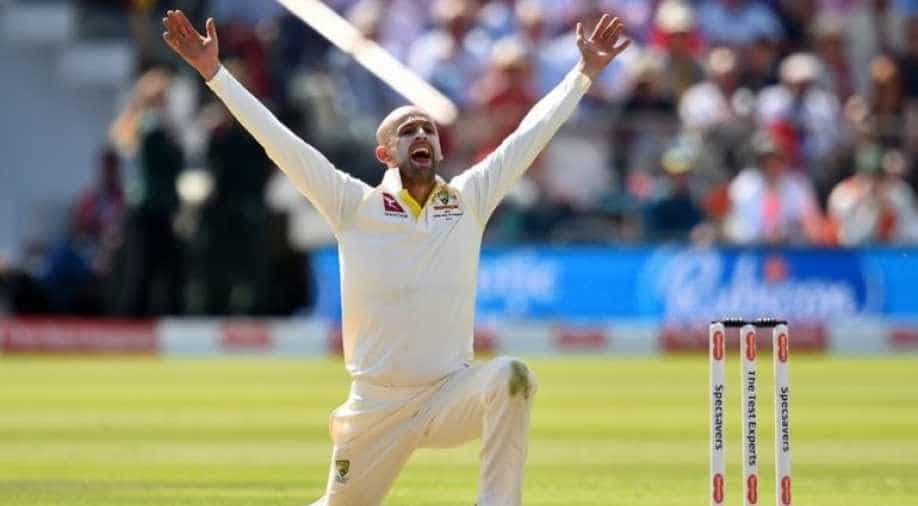 In reply to England's 258, Australia were 30 for a loss of one wicket at stumps of day two

Australian spinner Nathan Lyon insisted that it was not "the best day" as per the Baggy Greens standards despite bowling England out for 258 runs on the day two of the second Test of Ashes series.

Australia won the toss and put England in to bat on the second day of the Lord's Test after rain washed out the first day. For Australia, Josh Hazlewood, Pat Cummins and Nathan Lyon took three wickets to help the touring side to take control.

Australia are currently leading the series 1-0 after winning the Edgbaston Test. In reply to England's 258, Australia were 30 for a loss of one wicket at stumps of day two.

Lyon, who tied Dennis Lillee as Australia's third-highest Test wicket-taker, said his side's performance was not up to the standards.

"If you look at today, I don't think we've had the best day, if I'm being brutally honest," said Lyon.

"I think for our standards, I don't think we were good enough for long periods of time, but in saying that it's a still a good day for Australia," he added.

"There's still a lot of work to do but we're happy with the day. But we know there's a lot of improvement to be done," added the spinner.

"I'm very happy with where my skill set is at – I just feel like I can get better."

Nathan Lyon, who equalled Dennis Lillee at No.3 on Australia's all-time Test wicket-takers' list, insists he has more to offer 👇 https://t.co/h1FjCjxst5

On being asked about the plans ahead in the match, Lyon said, "We've got to come out tomorrow and make sure that we're doing the basics really with the bat and try and bat long periods of time."

"They've got a world class bowling unit, we know that. So it's going to be challenging," he added.