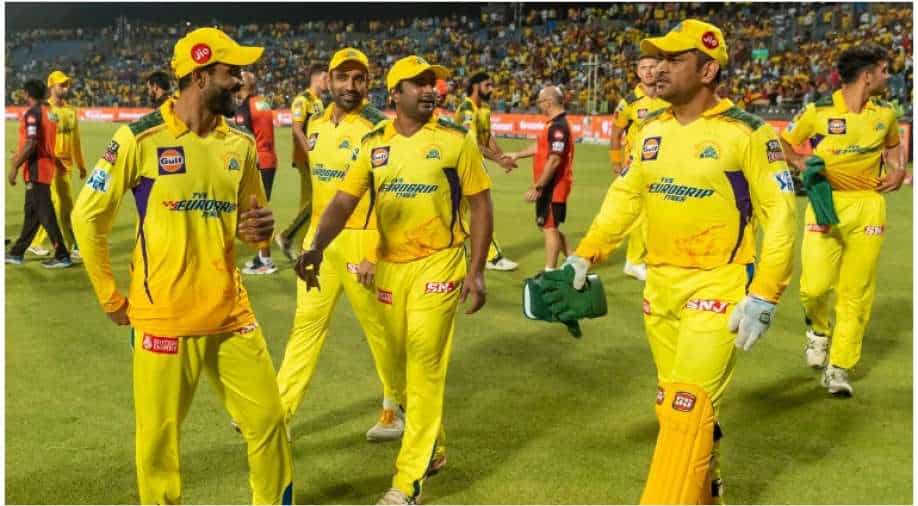 Former Aussie spinner Brad Hogg feels CSK do not have any player who can take over captaincy from MS Dhoni in the near future. Here's what he said:

Chennai Super Kings (CSK) have not had a smooth ride in IPL 2022. The four-time winners and defending champions find themselves languishing at the ninth spot in the points table, with three wins from nine encounters. While they remain alive in the playoffs race, by the barest of margins, the Yellow Army have lots to do to enter the top four.

Among many other reasons, it is believed that MS Dhoni's decision to hand over captaincy to Ravindra Jadeja, prior to the season-opener, also led to CSK's poor form. Under Jadeja, Chennai looked clueless and won only two games from eight matches. After that, he requested Dhoni to take back captaincy as CSK beat Sunrisers Hyderabad (SRH) by 13 runs in their previous encounter.

While Dhoni is the CSK captain for the remainder of the season, the future doesn't look bright for the Yellow Army. They are nearing elimination in IPL 2022 and struggling to find someone who is capable enough to succeed Dhoni. In this regard, former Aussie spinner Brad Hogg feels that CSK have no one to take over as captain after Dhoni. "Who is going to take over from MS Dhoni at the end of this year? I can't see a player on CSK's team list that can captain this team effectively and efficiently. They will have to go to the auction next year to find a player of captaining ability, and try to find an Indian to do the job is going to be hard because all the best Indian T20 players have already been assigned to other franchises," Hogg said on his YouTube channel.

He added, "They will have to go to an international player. It will be difficult to find a player that will fit in to the balance and the game plan that CSK already have in place."

Hogg also opened up on Jadeja's decision to quit CSK captaincy in the middle of the season. With captaincy responsibilities, the star all-rounder was struggling to contribute with the bat and had managed only five scalps in the first eight fixtures. "He is one of the best all-rounders in the world, and he is the centerpiece of CSK's lineup, so you have to take the pressure away from him. We have learned that Jadeja is not right for the role, but he is a leader in his own right. Sometimes you lead in different ways, so MS Dhoni had to take over the role," said the Aussie.