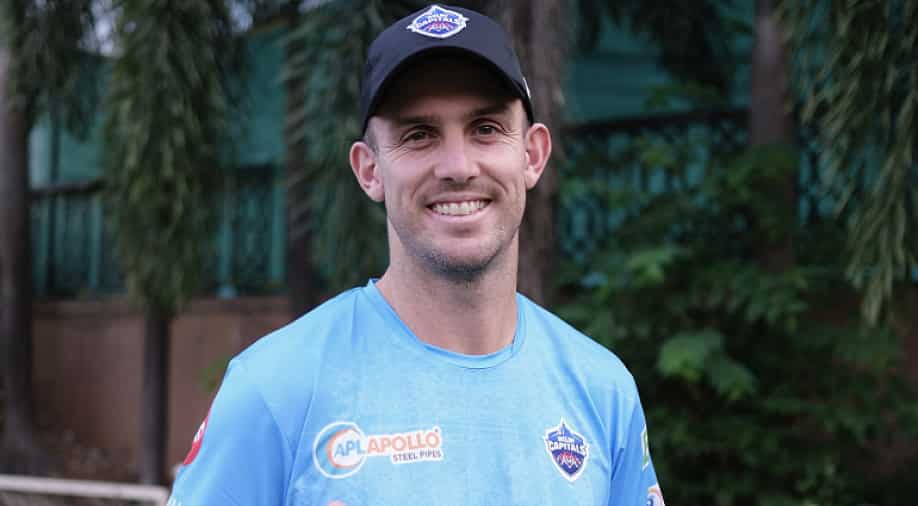 Mitchell Marsh and Tim Seifert have recovered from COVID-19 and rejoined the DC camp. Photograph:( Twitter )

Delhi Capitals have received a huge boost ahead of their IPL 2022 clash against Kolkata Knight Riders as both Tim Seifert and Mitchell Marsh have recovered from COVID-19 and rejoined the camp.

Delhi Capitals (DC) have received a huge boost ahead of their clash against Kolkata Knight Riders in the ongoing Indian Premier League (IPL) 2022. Both Mitchell Marsh and Tim Seifert have rejoined the DC camp after recovering from COVID-19. The two players were forced into isolation after testing positive for the virus last week.

While Marsh had to be admitted to a hospital after testing positive for the virus, Seifert tested positive after the Australian all-rounder. The duo has now recovered and also completed their mandatory quarantine period to train with the rest of the squad once again.

Marsh and Seifert were spotted training with the DC squad ahead of their clash against KKR on Wednesday. "We are feeling Good. Great to have you back at the training, boys," DC wrote in a social media post while welcoming the duo.

We are feeling GOOD

Despite a string of positive cases in their camp, Delhi Capitals had taken the field in their clash against Punjab Kings on April 20 before locking horns with Rajasthan Royals in their last game on April 22. DC head coach Ricky Ponting had to miss the clash against RR as he was placed in quarantine after one of his family members also tested positive.

Delhi Capitals lost their game against Rajasthan Royals by 15 runs after the last-over drama at the Wankhede Stadium in Mumbai. DC came close to chasing down 223 runs but fell short after a dramatic final over. They will be hoping to bounce back to winning ways when they go up against KKR on Thursday.

With just three wins in eight matches so far this season, Delhi Capitals are currently placed at the seventh spot on the points table.