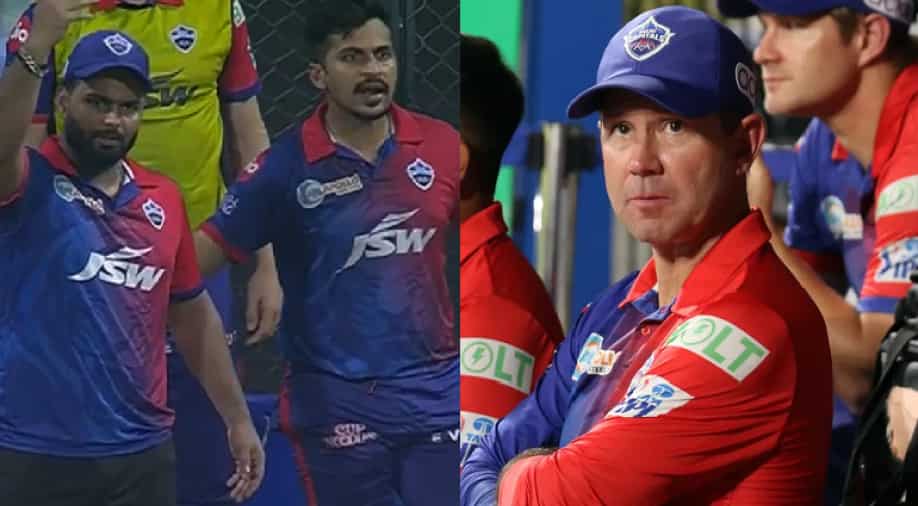 Delhi Capitals (DC) suffered a dramatic 15-run defeat in their last game against Rajasthan Royals (RR) in the ongoing Indian Premier League (IPL) 2022. The contest was marred with a huge controversy after a no-ball decision went in RR's favour during the final over of DC's 223-run chase at the Wankhede Stadium in Mumbai.

With 36 required off the last over, West Indies all-rounder Rovman Powell kept Delhi Capitals in the hunt with three back-to-back sixes off the first three deliveries. The third ball was bowled above the waist height by RR pacer Obed McCoy but was deemed a legal delivery by the on-field umpire, leaving many infuriated in the DC dugout.

DC skipper Pant was spotted signalling his batters to walk off from the field in protest before he sent an assistant coach on the field to talk to the umpires. The drama ended with DC losing the game by 15 runs as they failed to chase down the target of 223 runs. Pant and Amre were criticised by many for their actions during the dying moments of the game.

DC head coach Ricky Ponting was not a part of the dugout on that particular day as he was in quarantine after one of his family members had tested positive for COVID-19. However, Ponting was following the game closely from the hotel and recalled how he smashed a few TV remotes and water bottles in frustration during the intense clash.

"It was frustrating. I think I broke three or four remote controls and a few bottles of water might have got thrown into the walls and things like that (laughs). When you’re on the sidelines, being a coach and you can’t control what’s happening out in the middle, that’s hard enough, but when you’re not actually at the ground, it can get a little more frustrating. I am sending text messages every over, do this do that, things like that," said Ponting as he came out of quarantine ahead of his side's clash against KKR on Thursday.

Delhi Capitals have so far managed only three wins in their first seven matches this season as Pant & Co. have struggled to dominate with both the bat and the ball. Injury to key players and a COVID-19 outbreak in the squad has also not helped their cause as they seek to spark a turnaround with a win against KKR.

Ponting is confident of his team's chances in the ongoing season as he backed his players to get results in the upcoming matches and move up the points table. Ponting believes DC are too good a team to be not able to turn around their fortunes this season.

"I know we’re so close to turning it all around. We’ve all got to trust, we’ve got to believe, we’ve got to stay upbeat and positive. And if we are, things will definitely change for us. The harder we try from here, the harder it’s going to get. We’re just going to stay nice and relax and keep repeating things we’ve been doing. And then results will definitely come our way. We are too good a team for the results not to change," said Ponting.