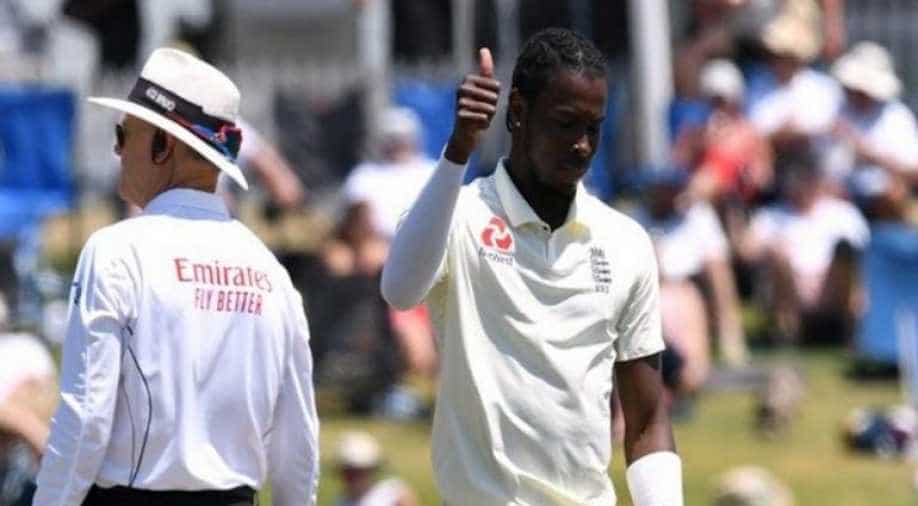 After Archer went wicket-less in the first innings of the ongoing Test, former West Indies pacer Tino Best took to social media platform Twitter to criticise the Barbadian-born English speedster but Archer was quick to respond to the former pacer and took a dig at the 38-year-old.

With the resumption of international cricket with the three-match England vs West Indies series, England captain for the first Test, Ben Stokes, dropped veteran Stuart Broad to give a massive selection surprise at the Ageas Bowl in Southampton.

England went with the troika of James Anderson, Jofra Archer while Mark Wood made the cut in the playing XI. However, both Archer and Wood were as the former went wicket-less while Wood picked up just a solitary wicket.

After Archer went wicket-less, former West Indies pacer Tino Best took to social media platform Twitter to criticise the Barbadian-born English speedster but Archer was quick to respond to the former pacer and took a dig at the 38-year-old.

With all this knowledge how are you not a coach yet ? https://t.co/AU0m4LdgVU

Don’t address me personally Young man , the fact remains your bowling toothpaste and u haven’t bowled Quickly since ASHES , now go sleep and get some rest for WI to beat ya ball in the second innings bye 👋🏾 Jorfa 🙏🏾 #SleepTight

Broad, who was England’s highest wicket-taker in the last two Test series, ended up being frustrated and angry over his exclusion.

“I’m not a particularly emotional person but I’ve found the last couple of days quite tough.To say I’m disappointed would be an understatement - you get disappointed if you drop your phone and break your screen,” Broad said in the Sky Sports Player Zone.

“I’ve been frustrated, angry and gutted because it’s quite a hard decision to understand. I’ve probably bowled the best I’ve ever bowled in the last couple of years. I felt like it was my shirt, having been in the team through the Ashes and going to South Africa and winning there,” he said.

Archer, who has been mighty impressive across formats for England, has been subjected to criticism following a couple of inconsistent innings and was targeted after he went wicket-less in the first innings of the Southampton Test against the Windies.

Meanwhile, England have started the second innings strong and the opening pair of Dom Sibley and Rory Burns have stitched a 70-run partnership on Day 4 at the Rose Bowl. However, they still trail by 50 runs.

Rohit Sharma: As captain, I am the least important person in team