Hopefully we can learn from these mistakes, says Rohit Sharma 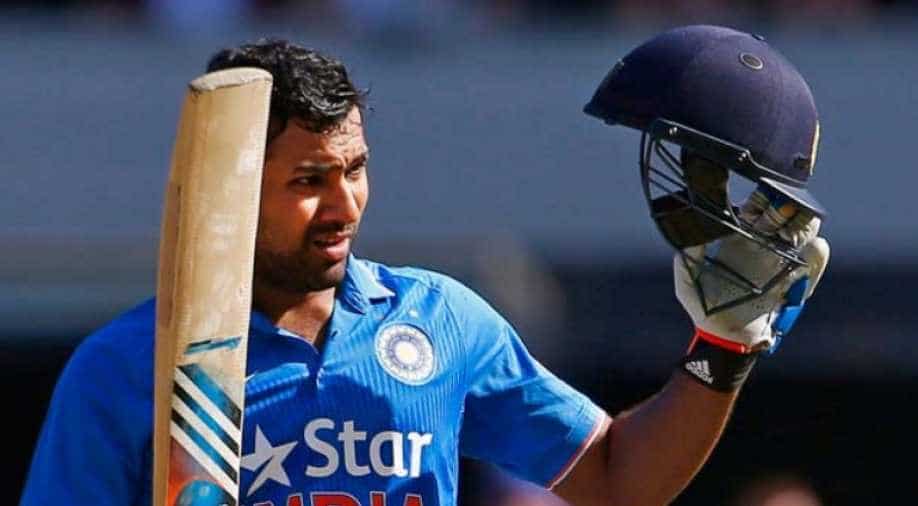 India prevailed over the visitors by five wickets to take a 1-0 lead in the three-match series.

Skipper Rohit Sharma hoped they will learn from the mistakes which put India in a spot of the bother before crossing the line in the first T20 International against West Indies here Sunday.

Chasing 110, India were struggling at 45 for four in the eighth over when Dinesh Karthik took control of the proceedings at the Eden Gardens.

First in the company of KL Rahul and then debutant Krunal Pandya (21 of 9 balls), Karthik helped the hosts break a four-match winless run.

"(We) knew the chase wasn't going to be easy. Hopefully we can learn from these mistakes," Sharma said at the post-match presentation ceremony.

India prevailed over the visitors by five wickets to take a 1-0 lead in the three-match series.

"Exceptional performance with the ball. There was a lot on offer for the seamers. Even with spinners, it wasn't easy. Overall there was little bit for every department. To start with, we bowled well - good areas. Used the conditions perfectly," Sharma said.

"Oshane Thomas is a really exciting talent. If he bowls in good areas, it's not going to be easy for batsmen to counter it. The advantage of height gives him that extra edge. Wish him the best in the future but not against us," India said of the West Indian pacer.

"Very exciting talents again - Krunal and Khaleel. Krunal - I've seen him closely in last two-three years for MI (Mumbai Indians). When he came into bowl, (Kieron) Pollard was batting. He was the one who wanted to bowl against him.

"These guys are ready to take those challenges. Exciting for the captain when you see that. If they continue to work on their skills, India's going to benefit for sure."

Brathwaite said they didn't apply themselves.

"We never got into second or third gear... Were either too defensive or too attacking. Can see the way Keemo (Paul) and (Fabian) Allen finished, if we had wickets in hand we would've got 130-140 which would've probably been a winning score."

It was at this ground that Brathwaite hit four sixes in an over to help WI win the World T20 two years ago.

On the promising Oshane Thomas, the captain said, "Don't know what the long-term plans will be from the selection panel. He's at the best place he could be. Hope he gets fitter, gets stronger. Continues to bowl rapid.

"For him, the world is at his feet. We will try to guide him as well as we can. Ultimately it's up to us, the Windies cricket system, to pull him along and create what would be another Joel Garner or Michael Holding."

Man of the Match Kuldeep said, "Sometimes wicket happens, sometimes it doesn't. But that's my aim. The first wicket (of Darren Bravo) was the one I cherished. It's the ball I'm working on (faster one). Just bowl it to contain runs as well."