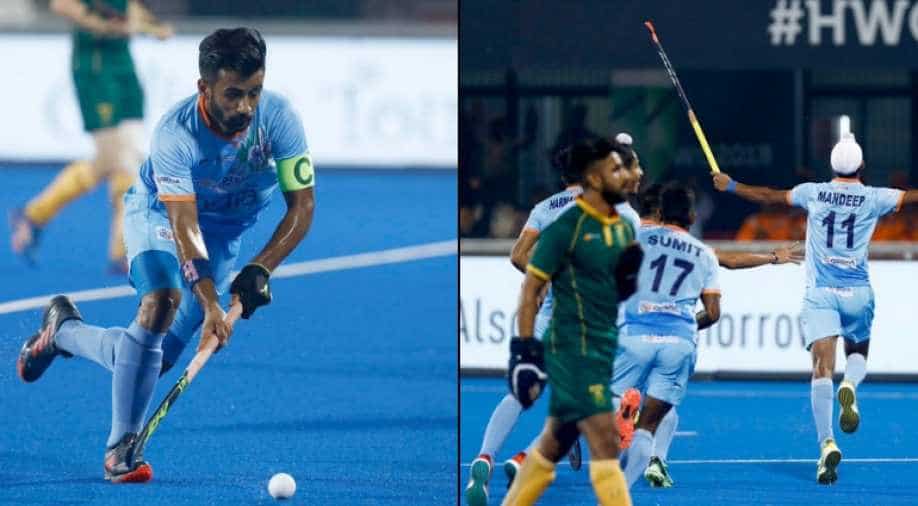 With the help of three field goals and two penalty corners, India defeated South Africa 5-0 in the second match of the evening.

Team India are seeking to end 43-year-long medal drought in the 14th edition of Men's Hockey World Cup at the Kalinga Stadium.

Eight-time Olympic champions India's only glory at the World Cup came way back in 1975 when Ajit Pal Singh and his men's created history for the past masters of the game.

Since then India has failed to match the standards of the Europeans - Netherlands, Germany - and Australia, who have been ruling the game for over four decades now.

Simaranjeet Singh was awarded player of the match for scoring two crucial goals.

Mandeep Singh, Akashdeep Singh and Lalit Upadhyay were the other goal scorers.

As it happened | India 5-0 South Africa

'The wall of Indian hockey team', PR Sreejesh, might not have played his most difficult match today but the job is not done yet, bigger challenges are standing on the way as India will next face world number three Belgium in their second pool match on December 2.