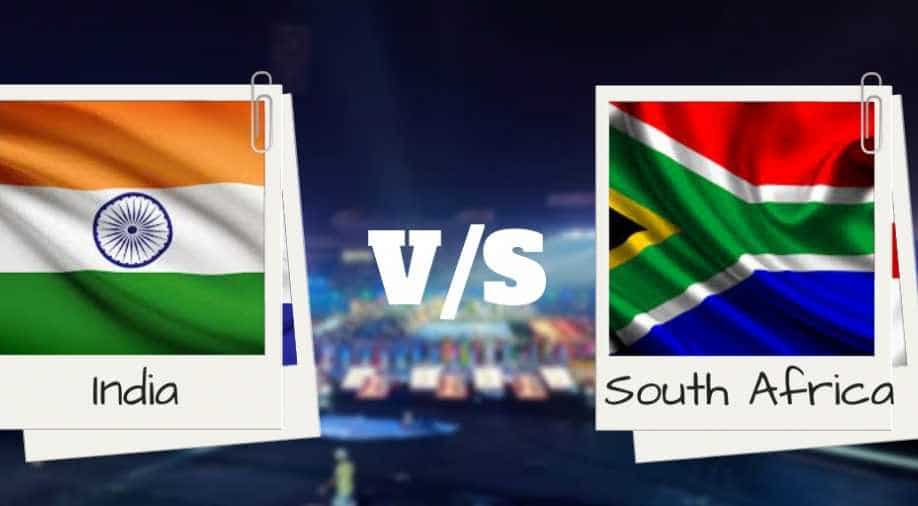 India registered an outstanding victory against South Africa 5-0 in their campaign opener.

Simaranjeet Singh was awarded player of the match for scoring two crucial goals.

Mandeep Singh, Akashdeep Singh and Lalit Upadhyay were the other goal scorers.

'The wall of Indian hockey team', PR Sreejesh, might not have played his most difficult match today but the job is not done yet, bigger challenges are standing on the way.

While South Africa will buckle up for the next challenge.

Next, India will face Belgium, who won the event's opener against Canada 2-1, on December 2.

On the same day, South Africa will face Canada.

Here is the Schedule, Squad, Time and Venue.

Raja Namdhari, from One Team One Dream hails the Bhubaneswar crowd and expresses his desire of India winning the OHMWC Bhubaneswar 2018. He has brought in a fan force from all corners of India to back the Indian team. #INDvRSA #BELvCAN #IndiaKaGame #HWC2018 #DilHockey pic.twitter.com/t8ic2321SA

Manpreet Singh-led team has treated the crowd with a terrific match.

The third quarter belonged to India.

Simranjeet and Lalit have scored to extend the lead 4-0.

South Africa is now under pressure as India sniff victory from here.

In the 43rd minute, Mandeep ran across into the circle and Simranjeet perfectly netted it, giving India it's third goal.

At half-time, the score remained unchanged.

There were several chances for team India but South Africa made few terrific saves.

Let's see, what's coming up in the second half of the game.

Team India took a 2-0 lead while playing against South Africa in the second match of Men's Hockey World Cup 2018.

With four shots on target, India had a better dominated the first quarter.

India had 67 per cent of possession over South Africa.

Mandeep Singh scored the first goal and Akashdeep extended the lead by scoring the second goal in 12th minute.

It's a treat for the crowd!

South Africa need to find a breakthrough and better their defence as India will look to build up the pressure.

India and South Africa have played four matches against each other, out of which India emerged as the winner in one and the other three matches ended in a draw.

🏑 | MATCHDAY | Here's the Starting XI for @TheHockeyIndia and @SA_Hockey_Men as they face-off to begin their WC campaign.#HWC2018 #Odisha2018
🇮🇳 #INDvRSA 🇿🇦 pic.twitter.com/ZIIgGOSc2V

In the first match of Hockey Men's World Cup Bhubaneswar 2018, Belgium emerged as the winner.

Thanks to Felix Denayer and Thomas Briels, Belgium defeat Canada 2-1.

Mark Pearson of Canada found a breakthrough in the final quarter but that was not enough.

Every voice counts! These South African fans have made a long journey to the Odisha Hockey Men's World Cup Bhubaneswar 2018, but their team is sure to appreciate the boost that their support will provide.#IndiaKaGame #HWC2018 #DilHockey #INDvRSA pic.twitter.com/0kgDdIGFGp

The Indian hockey team will look to rewrite history as it attempts to clinch the elusive gold again in the 14th edition of Men's Hockey World Cup.

Indian their campaign opener, they will meet South Africa as the other Pool C clash.

Whereas, South African coach Mark Hopkins said his side's goal coming into the tournament is to become the most successful South African hockey-playing nation in the history of the World Cup.

Here is the complete squad: