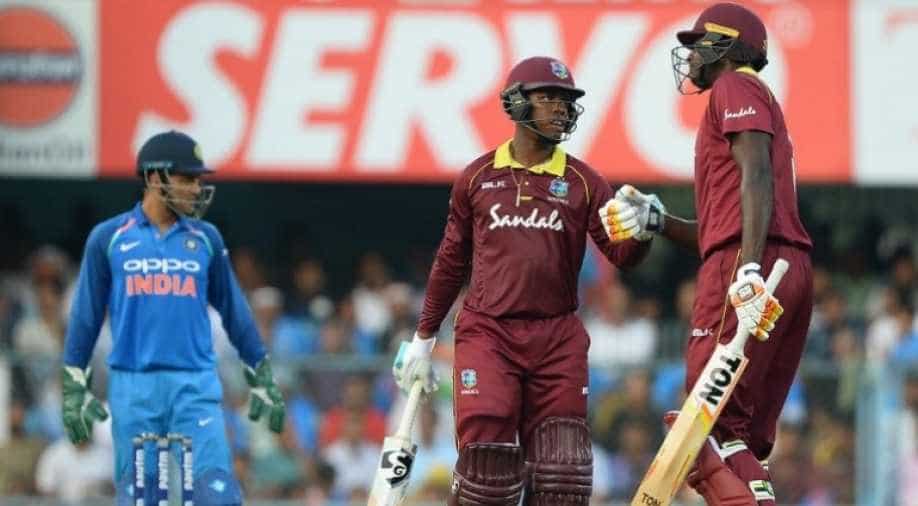 Hetmyar slammed a 78-ball 106, before giving away his wicket to Ravindra Jadeja, while trying to hit a six.

Shimron Hetmyer slammed a century to bring the West Indies back into contention against India in the 1st ODI. Put in to bat, the Windies were at one time reduced to 86 for the loss of three wickets.

It was then that nHetmyar took the driver's seat and slammed a 78-ball 106, before giving away his wicket to Ravindra Jadeja trying to hit a six. He was caught by Rishabh Pant.

Hetmyar played at a strike rate of 135.90, hitting six boundaries and six sixes.

Virat Kohli had earlier won the toss and chosen to bat against the West Indies in the first of the five one-day internationals in Guwahati today.

Rishabh Pant got his 50-over debut after a strong performance in the five-day games. In the previous two months, Pant has played some impressive innings which why he has been given this chance.