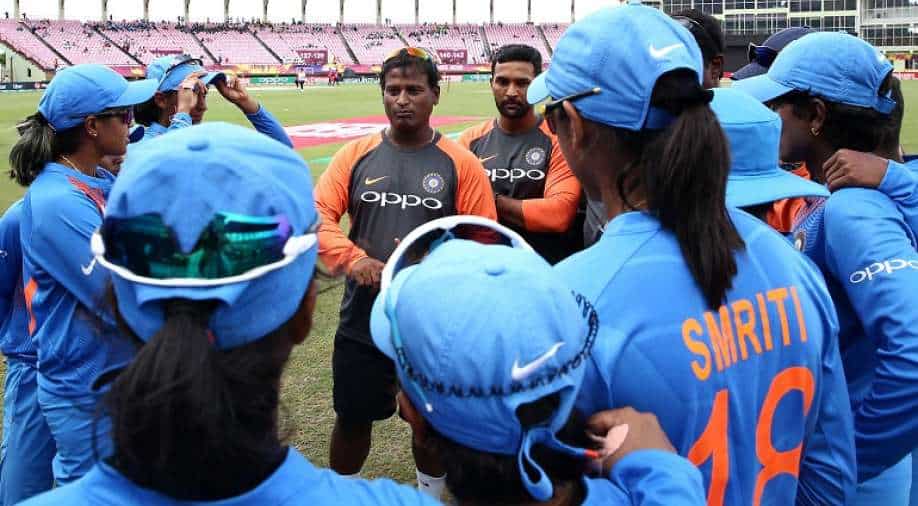 Powar believes that the match against West Indies is a great opportunity for the team to win. (Photo- ICC) Photograph:( Others )

India head coach Ramesh Powar was confident that his side will bounce back after New Zealand trashed India by 62 runs in the ICC Women's ODI World Cup on Thursday.

India women's head coach Ramesh Powar said that the batting performance of the team in the first 20 overs against New Zealand surprised him.

At the same time, Powar was confident that his side will bounce back after New Zealand trashed India by 62 runs in the ICC Women's ODI World Cup on Thursday.

"It was one of those days when things didn't go our way. Honestly, I was also surprised by the way we batted in the first 20 overs. If you look back at the last six games which we played against New Zealand, we were executing our plans well. I think it is the pressure of the World Cup but I don't want to give any excuses," said Ramesh Powar in the pre-match virtual press conference.

Powar explained how India's batting has been improved since the last three tours and now the team have been scoring more than 280 runs.

"Nothing different. It's been a process for a while. If you have watched us in the last six months or last three tours, we've been improving as a batting unit, we used to struggle to get to 220 and have been scoring 270-280. It is up to the individuals now. As I always say, it is the players who go out there and face that pressure and come out of it with their own skills and character," added Power.

Powar believes that the match against West Indies is a great opportunity for the team India to get back to winning ways.

"This is the right time to put your hand up and put up performances as we have been training for the last six months. We've been to England, Australia and came to NZ early, we got every practice opportunity which was needed. So, it is time as a group to stand up and deliver," he pointed.

He further added that the Mithali Raj-led side is well aware of how to perform well against the variation of bowling attacks in the World Cup.

"We have been following a particular process for a long period of time on how to address particular bowling attacks or bowlers, be it be off-spinners, pacers, left-arm spinners or leg-spinners. Everyone in this batting unit knows how to react to certain bowling attacks."Mithali Raj-led India will face West Indies in their next match on Saturday.