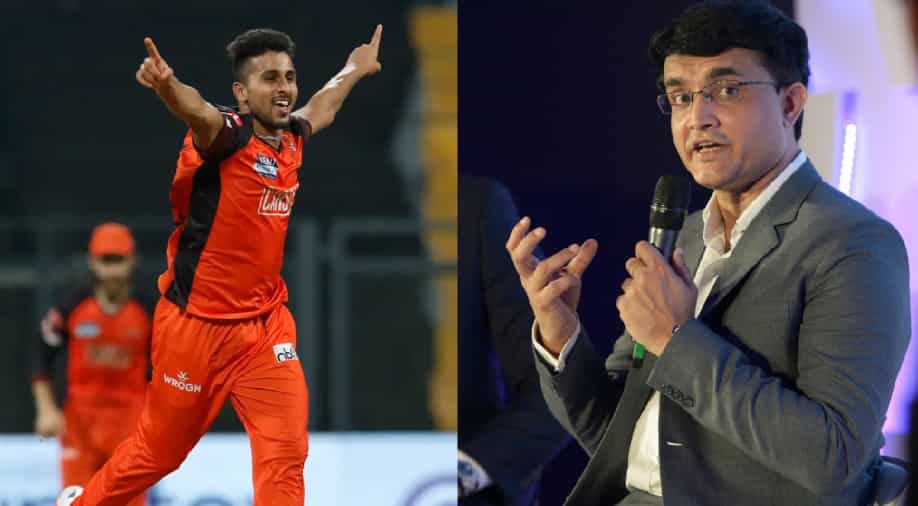 BCCI president Sourav Ganguly has backed Sunrisers Hyderabad pacer Umran Malik to have a bright future for Team India in international cricket if he can remain fit and bowl at the same pace.

Umran Malik's meteoric rise has been one of the major talking points from the ongoing Indian Premier League (IPL) 2022. The Sunrisers Hyderabad (SRH) pacer impressed with his raw pace by consistently clocking in excess of 150 kmph and rattled some of the best batters in the league. The 22-year-old fast bowler from Jammu & Kashmir also earned his maiden call up to the Indian team on the back of his impressive run for SRH in IPL 2022.

Speaking about Umran's rise this season, Board of Control for Cricket in India (BCCI) president Sourav Ganguly said the fast bowler's future lies in his own hands and that he will have to ensure his fitness and pace remains unaffected to continue playing for Team India for a long time.

Dubbed as the next big thing in Indian cricket, Umran's ability to consistently clock over 150 kmph makes him a stand out fast bowler. While he finished his IPL 2022 campaign as the leading wicket-taker for SRH with 22 wickets from 14 matches, he also holds the record for bowling the fastest delivery of the season at 157 kmph.

“His future is in his hands. If he stays fit and bowls at this pace, I’m sure he will be around for a long time,” Ganguly said talking about Umran's rise in IPL 2022.

“Many have played well in this IPL. Tilak (Varma) has done well for Mumbai Indians. Rahul (Tripathi) for Sunrisers, Tewatia for Gujarat Titans. We have seen many emerging fast bowlers like Umran Malik, Mohsin Khan, Arshdeep Singh, Avesh Khan… It’s a place where talent gets exposure," said Ganguly.

The likes of Umran, Arshdeep Singh and Avesh Khan are all part of India's squad for the upcoming T20I series against South Africa at home. India will host South Africa for a five-match T20I series where these young guns will be looking to impress if given the opportunity.