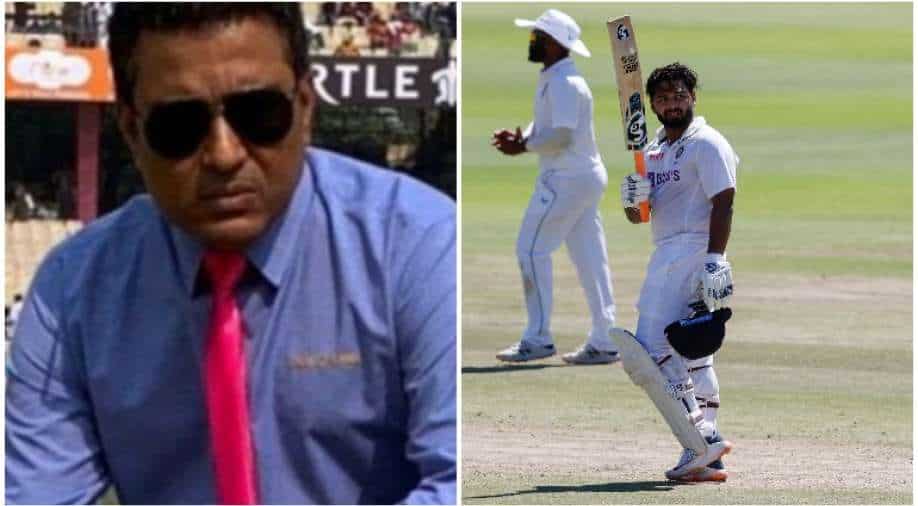 Rishabh Pant was the lone shining point for Team India in the third and final Test against South Africa, in Cape Town, before the Virat Kohli-led side went down to the Proteas by seven wickets to lose the series 2-1. Pant slammed his fourth ton in the purest format and became the first Indian wicketkeeper to slam a hundred in South Africa, England and Australia.

During the second innings, India were in trouble reeling at 58-4, with a first-innings lead of 13 runs, before Pant played a sensible knock to reach three figures despite India being dismissed for 198, setting up a 212-run target for the Dean Elgar-led Proteas. Elgar & Co. chased down the target by seven wickets on Day 4 of the third and final Test to win the series 2-1.

During a discussion on ESPN Cricinfo, former Indian cricketer-turned-commentator Sanjay Manjrekar hailed Pant for playing an 'unselfish' knock in the low-scoring third Test. “How unselfish was that innings. He was only focused on prolonging that innings, not worried about getting that hundred. He has got out in the 90s a couple of times. This is a guy who plays for his team and that was amply evident,” Manjrekar said.

"Lot of big-name batters would have quickly got a hundred and then decided ‘let me see what I can do’. He was constantly thinking of just one goal - to extend the innings,” the former Indian cricketer and full-time pundit lauded the 24-year-old swashbuckling left-hander.

ALSO READ | Captaincy is not anyone's birthright: Gambhir hopes Virat Kohli can be at his dominant best in SA ODIs

Pant will now shift his focus to the forthcoming three-match ODI series between India and Temba Bavuma-led South Africa, in the rainbow nation. The series will commence on January 19 at Paarl. For the unversed, Pant hasn't scored a hundred in the limited-overs format and, hence, he will be eager to make the most of the three ODIs versus the African nation.