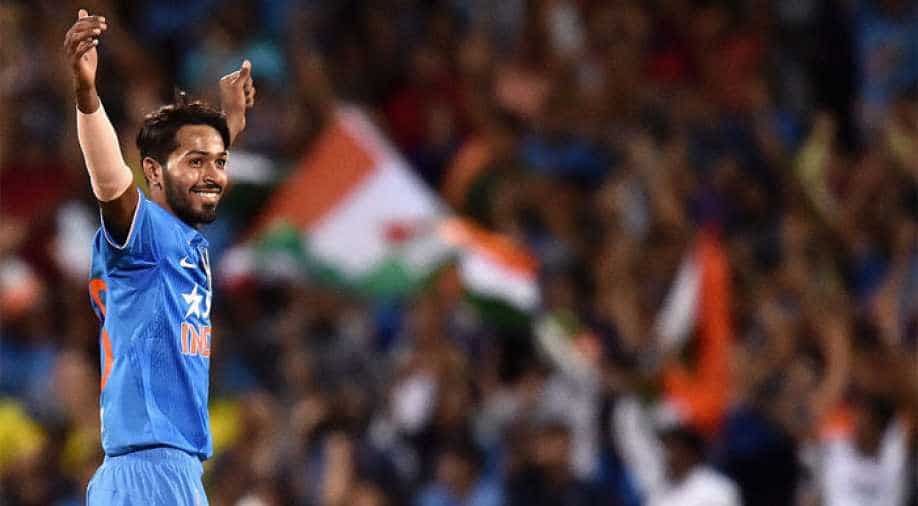 Indian all-rounder  Hardik Pandya has equalled Kapil Dev's record of scoring 500-plus runs and 30-plus wickets in one day international in a calendar year.

Whereas Hardik Pandya, who has been looked as Kapil's natural successor ever since he made his debut in Indian blues, has finished 2017 with 31 ODI wickets with a best of 3/40.

Pandya has scored 557 runs so far with his career-best 83 coming in this year against Australia.

The record was levelled during the third ODI against Sri Lanka, at which Pandya took his tally of wickets past 30.

Interestingly, it was Kapil, who gave Pandya his ODI Cap on his debut against New Zealand, last year.