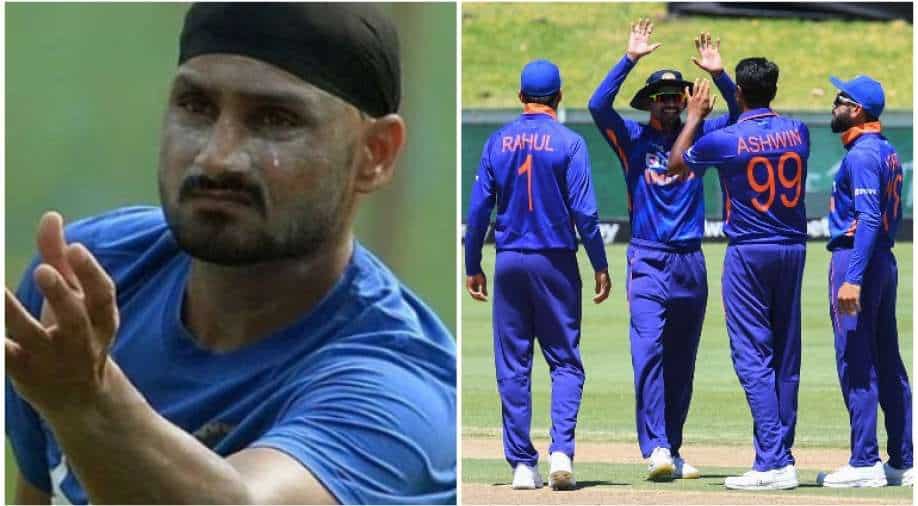 Former off-spinner Harbhajan Singh feels it is time for the national team to look beyond veteran star player in the 50-over format.

KL Rahul-led Team India were whitewashed by South Africa in the three ODIs, in the African nation. While India were without their regular limited-overs captain Rohit Sharma and all-rounder Ravindra Jadeja, they still had many star players in the line-up. However, the national side were left with many questions following their listless performance on the 22-yard cricket strip.

Ahead of India's upcoming white-ball series versus West Indies, former off-spinner Harbhajan Singh feels it is time for the national team to look beyond veteran player R Ashwin. Ashwin was roped in the ODI squad and played his first-ever 50-over series since late 2017. The 35-year-old, however, returned with only a solitary wicket. Thus, Bhajji feels Ashwin can be overlooked for the ODI format.

"I think these two guys (Ishant Sharma and Ashwin) have done really well for Team India, whether you talk about Test cricket or ODIs. With all due respect to R Ashwin, I think he is a champion bowler, but in ODI cricket, I feel, it's time India start looking for an option, maybe someone who can take the ball in as well as out," Harbhajan told Sports Today.

"Someone like Kuldeep Yadav could be a great option. Why don't we go back to Kulcha combination and see what they can bring to the table? They won have games for India. It will be a good thing to go back to them," he added.

Ashwin is reportedly out of action for the upcoming WI ODIs and won't play the 50-over format for nearly six months. He might keep his place in the shortest format, along with being a regular in Tests.

Kuldeep Yadav, on the other hand, has been out of favour across formats for long. He played his last ODI in mid-2021 (during India's second-stringed side's tour of Sri Lanka) and will be interesting to see if the team management recalls him for the upcoming home assignments in the white-ball formats. Yuzvendra Chahal and Kuldeep have been a daunting spin duo for the Men in Blue till the 2019 ODI World Cup, however, their dip in form and lack of batting depth resulted in the famed partnership being broken.