Halves shorter than 45 minutes? PFA chief Gordon Taylor hints at change of rules as Premier League gears up for return 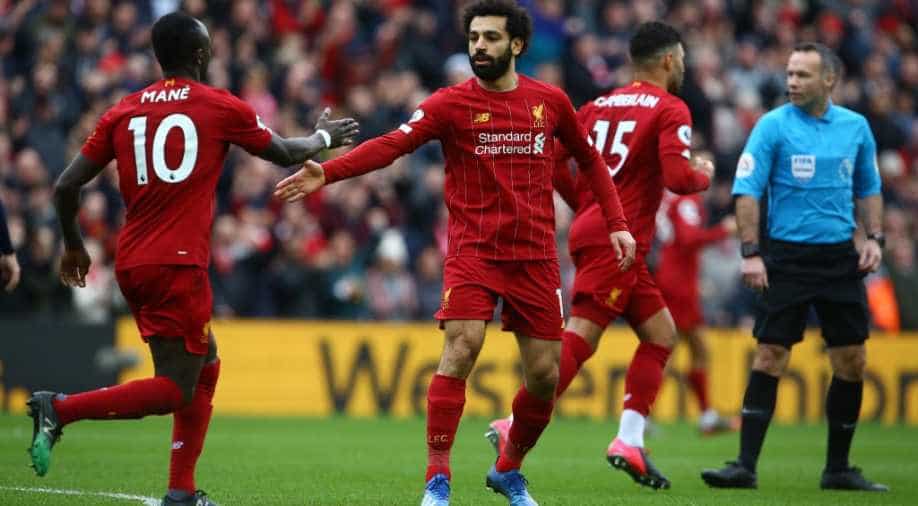 Professional Footballers’ Association (PFA) chief executive Gordon Taylor has hinted that halves may be shorter than the usual 45 minutes as discussions continue about Premier League’s future.

As Premier League is finalizing proposals and ideas for a possible resumption of the halted 2019-20 campaign, Professional Footballers’ Association (PFA) chief executive Gordon Taylor has hinted that halves may be shorter than the usual 45 minutes as discussions continue about Premier League’s future.

Most of the English top-flight clubs are on the same page while remaining committed to restarting the 2019-20 season but said: "it was agreed that the PFA, LMA, players and managers are key to this process and will be further consulted".

Safety and well-being of individual players returning to work are crucial and Taylor said the authorities are working to put the safety of players first with a possibility of resuming the league in mid-June. But what comes as a major surprise is that there is a possibility of matches being less than 90 minutes, which is the professional rule for all the matches.

"They're not stupid," Taylor said in a radio programme. "They will put safety first.

Premier League shareholders' meeting on Friday is key as the authorities are planning to layout a document as soon as possible.

"There will be a meeting of the shareholders of the Premier League on Friday and then shortly after that the document of returning to work should be finalised and then in the following week, next week, as early as possible, that will be put to players and coaches," Taylor added.

"Then the practicality of all those issues and it will be looked at club by club."

"We don't know the future. What we do know is what propositions have been put, what ideas have been put, the possibility of having more substitutes, games possibly not being the full 45 minutes each way.

"There are talks of neutral stadiums. There have been lots of things being put forward.

"Try and wait and see what the proposals are, and then have the courtesy to let the managers and coaches and players also assimilate all those and come to a considered view."