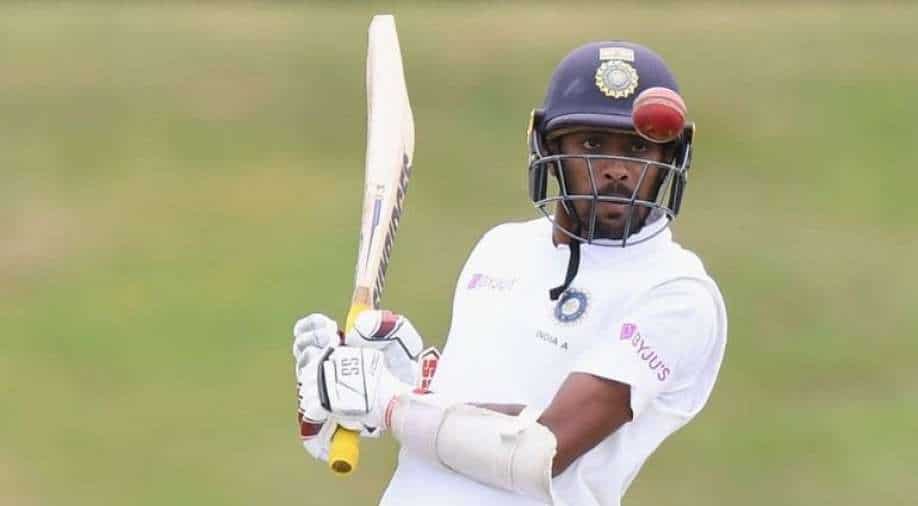 'Had only heard about it': Abhimanyu Easwaran on training with Virat Kohli and Cheteshwar Pujara Photograph:( Twitter )

The Board of Control for Cricket in India (BCCI) announced Team India's squad for the upcoming World Test Championship finals that will be played against New Zealand from June 18 to June 22 and also for the Tour of England. Several newbies received a call-up to be part of the reserved squad.

Abhimanyu has good records in First Class and List A cricket to back him up. The Bengal-based batsman has scored 2875 runs in 62 matches at a staggering average of 48.72 as a part of India A squad. Easwaran has also proved his mettle in the longest format as he scored 4401 runs in 64 matches with an average of 43.57 in the First Class.

Abhimanyu was also part of the standby squad during The home series against England. In an interview with Hindustan Times. Easwaran talked about training with stalwarts like skipper Virat Kohli and Cheteshwar Pujara.

“We had only heard about it. We got to know how Virat Kohli, Rohit Sharma, and Cheteshwar Pujara practice. They are very specific. They just do what they would be doing in the match. And when you actually see them do the same thing the next day, it feels great.

"If I can improve as a player in that tour, that will be good. And if I get an opportunity, I will make the most of it," said Easwaran.

The squad will also play the five-match Test series scheduled against England after the WTC finals. Team India will first stop in Southampton where they play New Zealand to decide the first champion of the Test format.

Virat Kohli will lead Team India, whereas, Ajinkya Rahane will be the vice-captain. KL Rahul and Wriddhiman Saha are subject to fitness clearance after undergoing surgery (for Appendicitis) and testing positive for COVID-19 respectively.